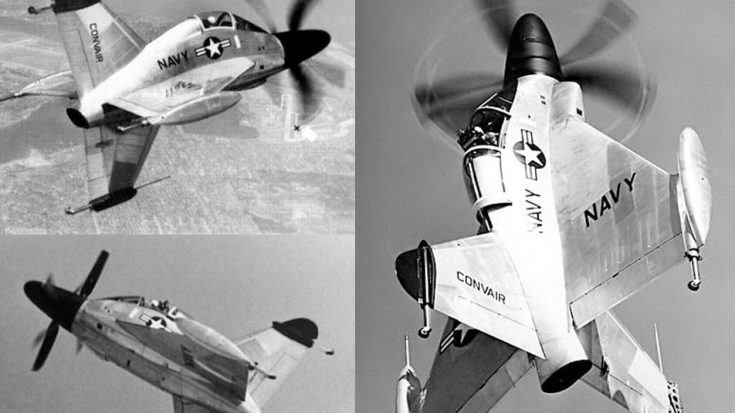 World War II definitely pushed the envelope when it came to aviation, making faster, more agile planes than ever before. That was extrapolated ten fold right after the war ended as it was the dawn of the jet age. New, more radical designs were being drafted not to mention that the IDEAS alone were definitely out of the box. Here’s one of them.

VTOL, or Vertical Take-Off and Landing was thought up right after World War II in 1947 by the United States Navy. Having an aircraft that can fly both like a plane and a helicopter has multiple advantages as you can imagine. Making it happen however, took a long time.

Today, the two most successful platforms that can accomplish that feat are the Harrier and F-35 Lightning II. Although the latter is new and not battle tested, the Harrier has been around lifting off and landing both horizontally and vertically since the late 60s.

To get to that point in aviation however, there were multiple experiments done to check the feasibility of all the options. One of them was the XFY-1 Pogo.

Developed by Convair, it first took flight in 1954. A three bladed, contra-rotating propellered plane, it was meant to be used on small ships and be to quickly inserted into combat areas.

Its slow speed and requirement of only being flown by the utmost skilled pilots made it a failure however. In order to land, the pilot had to look behind his shoulder (as if he was backing up a car) while working all the controls in front of him. It was too dangerous without having any grand benefits, so the project was scrapped in 1956.

It is however, really incredible to see it fly. Check it out.