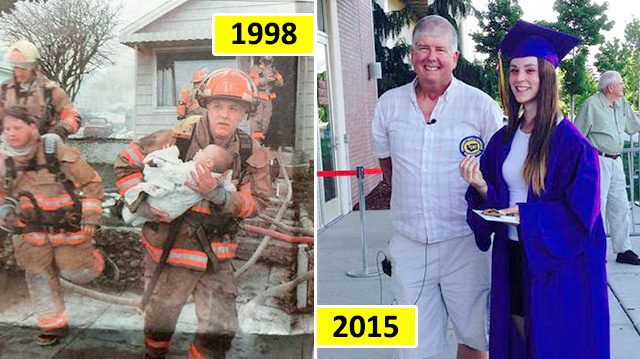 Out of the countless fires this retired fire fighter has battled, the most memorable one involved a baby that he saved 19 years ago.

In 1998, Mike Hughes, captain of the Wenatchee Fire Department in Washington, dashed inside the burning house to save an infant from her crib.

“Our engine pulled up and the whole interior part of the house was burning heavily,” Hughes told ABC News.

“The door to the bedroom was partially open and she was in her crib just squirming so I snatched her up and got her to the front door and handed her off to the first firefighter who was there,” said Hughes, alluding to the 1998 fire. 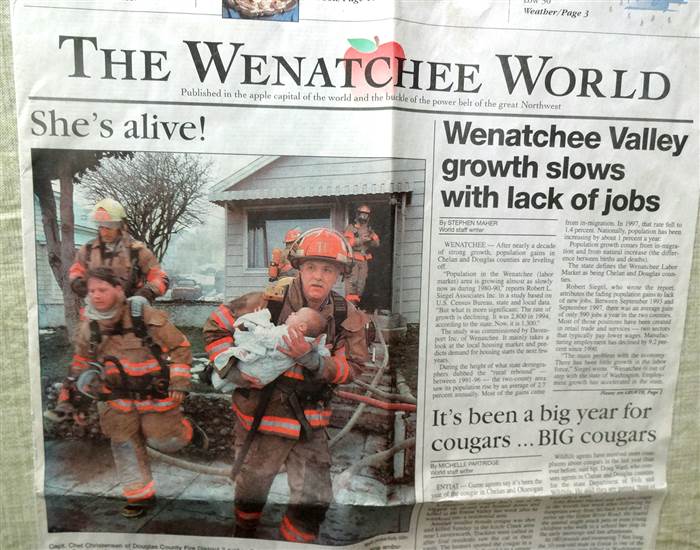 This 1998 fire rescue made the headline in a local newspaper, showing a photo of Hughes clutching a baby in his arms.

If he were 20 seconds later, it would have been a different story.