Botha, 51, was from South Africa. He guided his first hunt through the South African grasslands in 1989 as a college student. Botha used the money he earned from leading clients on hunting trips to pay for his college education.

He earned a degree in psychology and anthropology in 1991. He then began big game hunting full-time, and he started a hunting farm with his wife, Carike Botha. Eventually, Botha established private hunting ranches in Zimbabwe, Botswana, and South Africa. (2)

Botha was leading a hunt at Hwange National Park in western Zimbabwe. His group surprised a group of breeding elephants. Three of the cows charged the hunters. Botha fired at the elephants, but he was surprised by a fourth elephant cow that rammed into him from the side.

The fourth cow lifted Botha with her trunk. Another hunter shot the elephant. The elephant collapsed on top of Botha, killing him. (1)

Botha is survived by his wife and their five children. His body was transferred to Hwange Colliery Hospital’s mortuary the day after he was killed. His wife traveled to Zimbabwe to identify Botha’s body and transport his remains to South Africa to be buried. After Carike Botha posted about her husband’s death on their shared Facebook page, his fellow hunters responded with their condolences. They called him a “world-class houndsman”. (2)

However, not everyone felt sympathy for Botha or his family. Some people left harsh comments on the Bothas’ photos because of his profession as a hunter. The Business of Hunting

Botha spent 28 years running his hunting tour business. His website describes his business as a “passionate and professional hunting outfitter operation focussed on giving his clients a unique exciting African safari experience.” He attracted clients from around the world and frequently traveled to the United States to recruit clients. (2, 3)

The big game hunter’s specialty was the “Monteria hunt”. This is a European-style hunt that uses a pack of hounds to drive animals, like deer and boar, toward hunters, who then shoot the prey. Botha adapted this hunting style to southern Africa and used hounds to hunt lions and leopards. (2)

Botha kept several different breeds of hounds in his kennels. The business had begun to breed hounds to sell due to demand from their clients. (4)

Just a few weeks before Botha’s death, his friend Scott Van Zyl was also killed by animals while hunting. Van Zyl, 44, disappeared while on a hunting expedition in Zimbabwe. He was on the trip with a pack of dogs and a local tracker. A few days after he disappeared, Van Zyl’s backpack was found on the banks of the Limpopo River. Two crocodiles were shot by authorities a week later. The contents of their stomachs matched Van Zyl’s DNA.

Isn’t perspective a fascinating thing? As we all move through our daily lives, walking out the front door…

…navigating the same streets to the same locations, things can get a little visually monotonous.

You’d be surprised how alien and awe-inspiring our plain, old planet Earth is if you simply learn to look at it from a new perspective. Take, for instance, these satellite photos, that just might change your perspective for good.

The Summit of Mt. Fuji Presents a Far More Ominous Image Than the Benevolent Mountain in Most Pictures of Tokyo 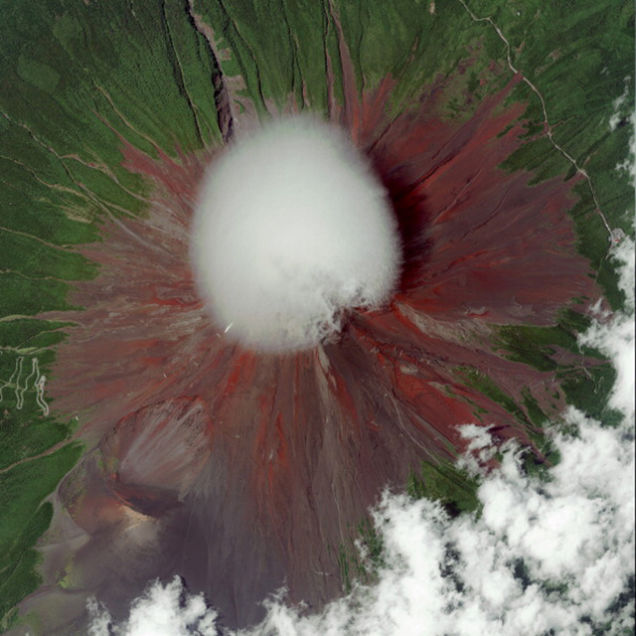 2. Okay, You Can Make Out the Individual Floors On the Costa Concordia; How Big Do Cruise Ships Need to Be Exactly? 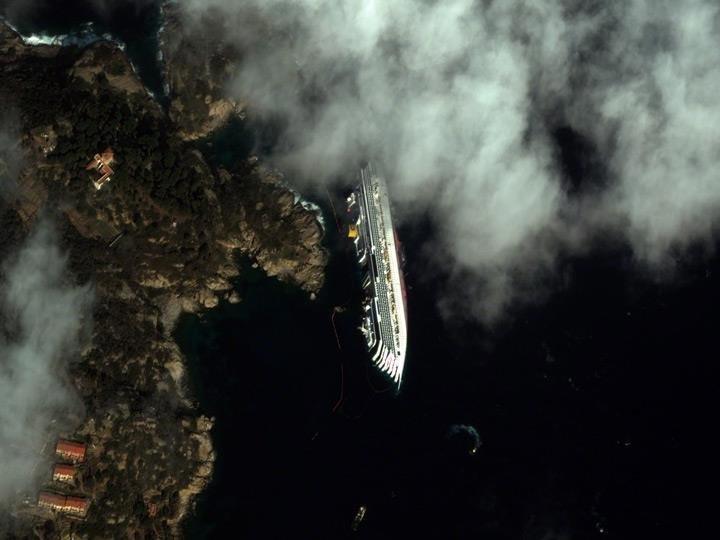 3. Japan’s Skytree in Tokyo Is Formidable Even Viewed From the Top-Down … And You Have to Feel Bad For the Poor Folks Living in that Shadow 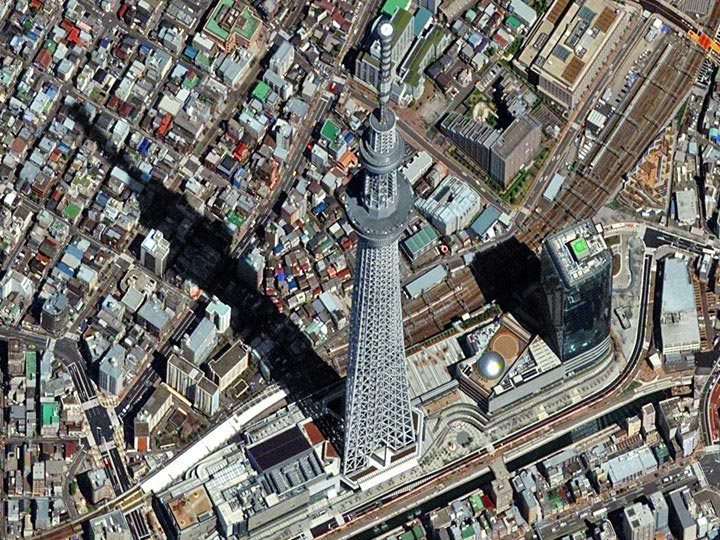 4. Chile’s Chuquicamata Copper Mine Looks a Little Less “Earth-Ravage-Y” From Such a Great Height 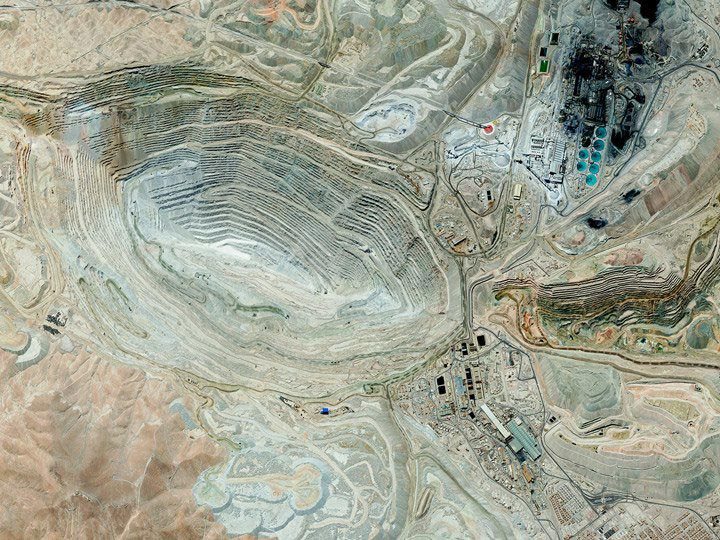 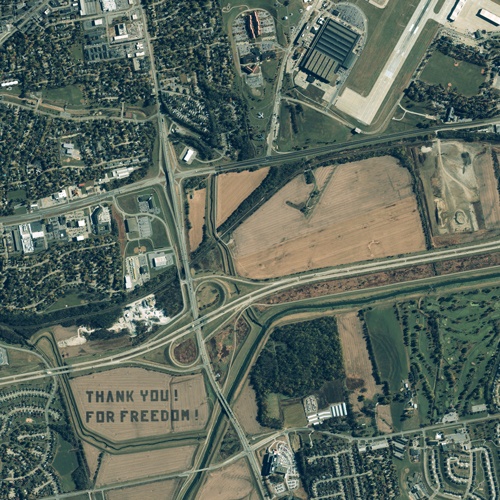 6. New York’s Stuyvesant Town Has a Kind of Organized Beauty To It that Belies the Real World Hazards Taking Place On the Ground 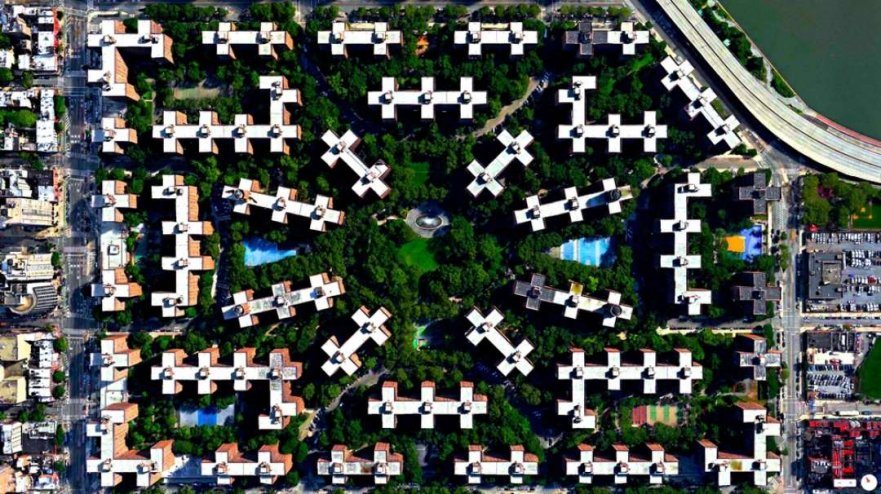 7. China’s Forbidden City Maintains It’s Mystery and Allure Even When the Whole Thing Is Laid Bare 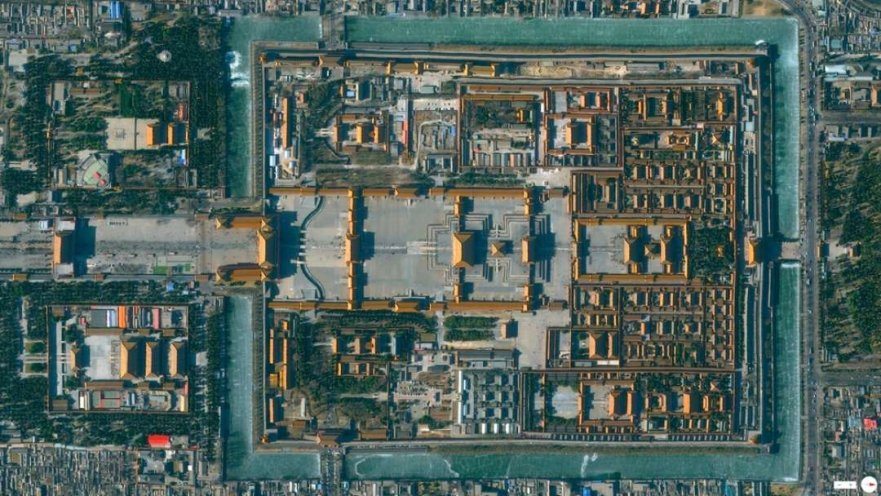 8. Seeing England’s Prestigious Mine Sculpture From Space is the Only Way to Take in the Vast Scale if This Enormous Installation

9. Even an Average Spaghetti Bowl – Like This One in LA ! Can Turn Into a Jackson Pollock When Viewed At the Right Angle 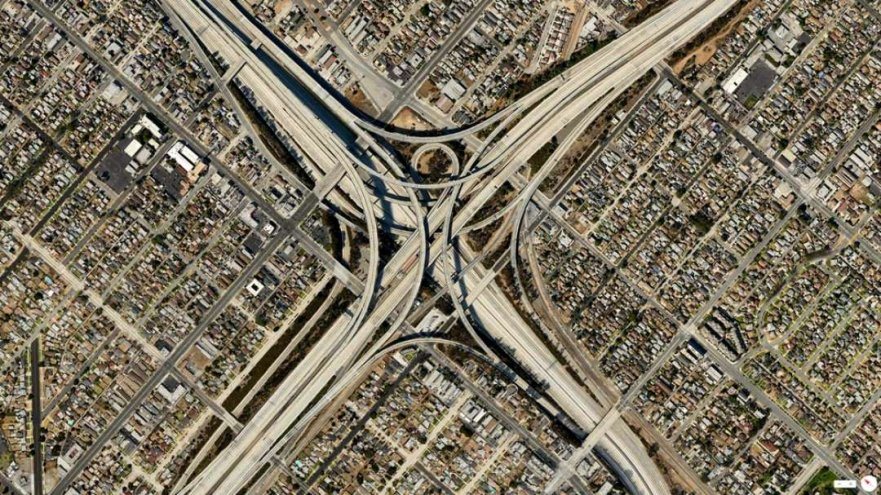 10. The World Famous ‘Yas Marina Circuit’ Is Home to Some of Ferrari’s Most Interesting Contraptions 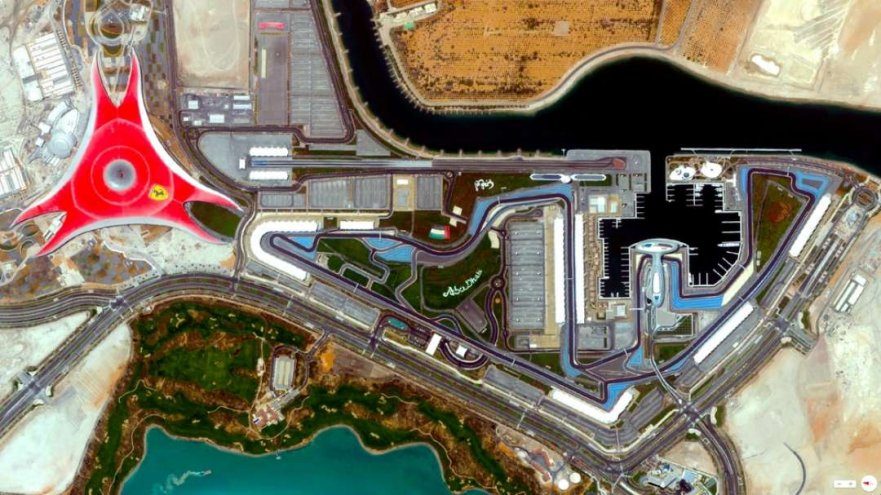 11. It’s Impossible to Know Exactly How Much Egypt Relies on the Bountiful Nile River Until You See The Concentration of the Country’s Population 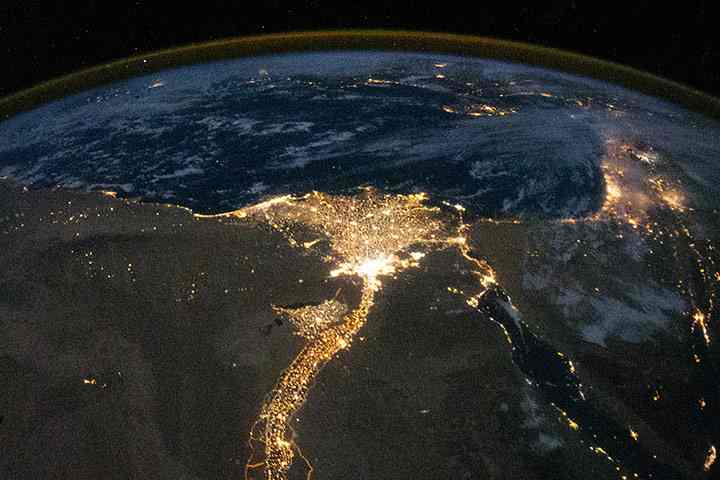 12. The Taiwan Strait’s Floating Fish Farms Are Nomadic Structures That Can Raise Fish in Their Natural Environment 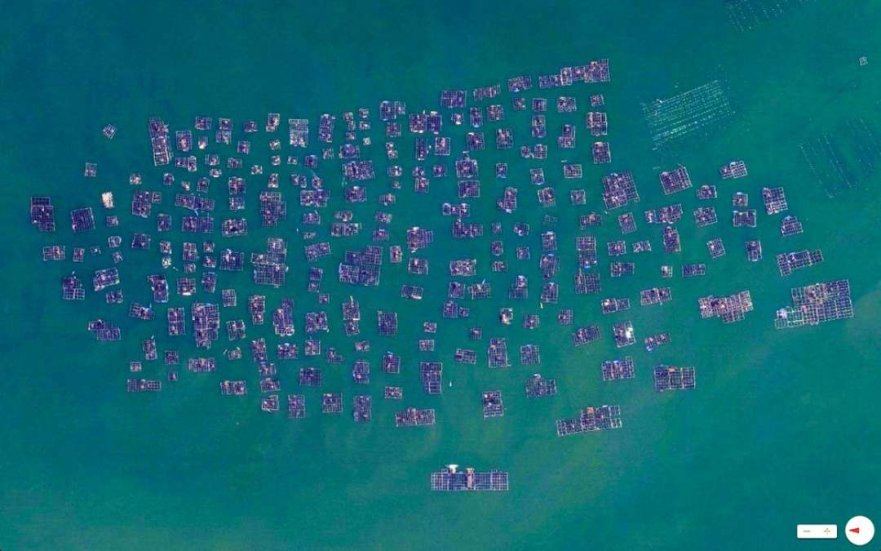 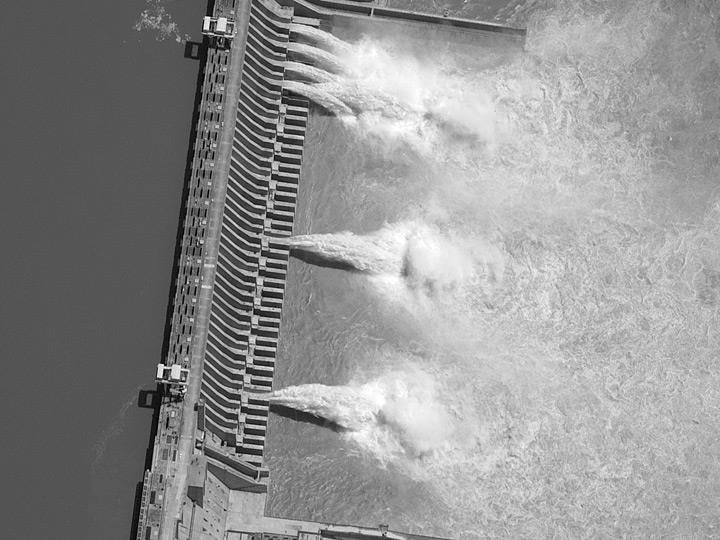 14. No, This Isn’t a Poorly Painted Picket Fence, It’s a Treatment Plant in Granada Hills, California 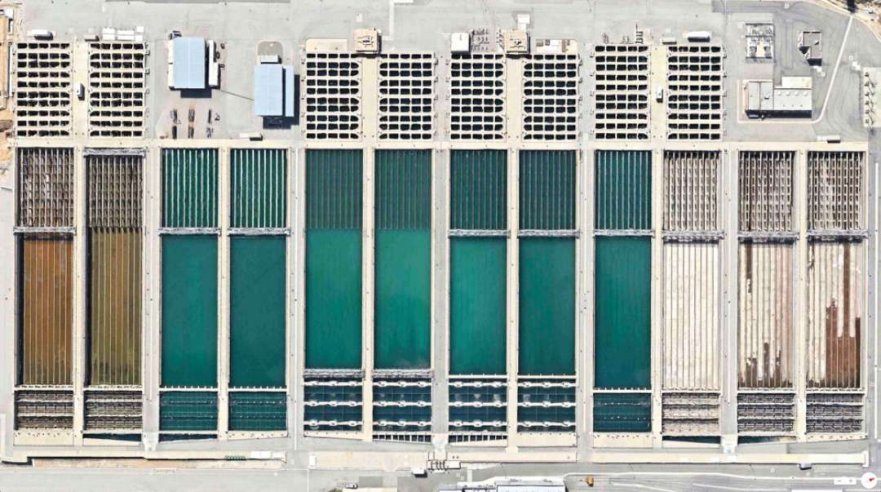 15. This Photo Shows The Assembled Swarms of Worshippers Who Make the Pilgrimage to Vatican City Each Year For Easter 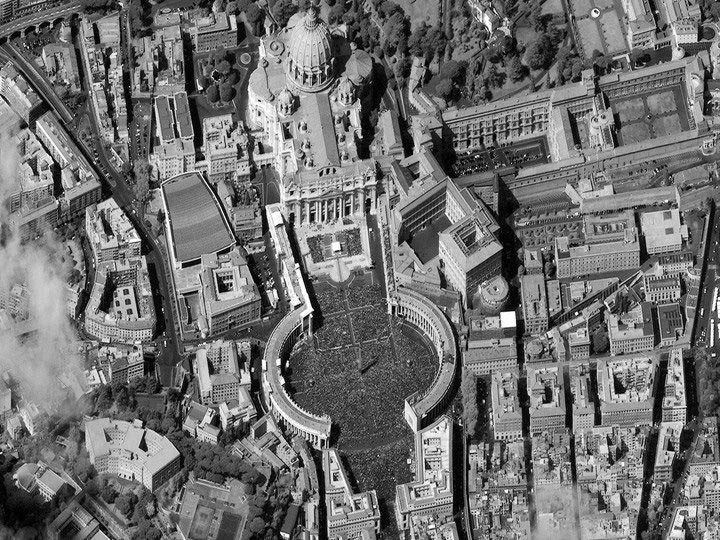 16. From Above, Reykjavík Looks Exactly Like the Shelves at an IKEA

17. Germany’s Steppe Vineyards Produce Some of the World’s Most Unique and Delicious Wines 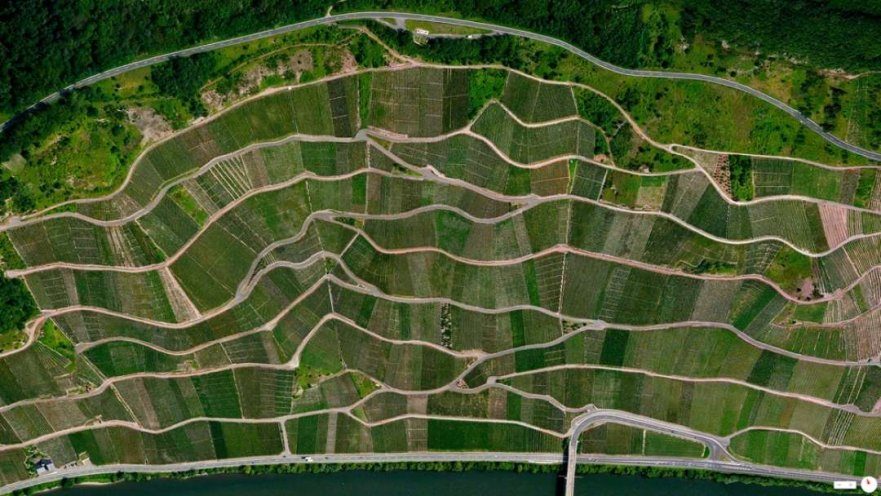 18. The Heart-Shaped South Aral Sea in Central Asia Is Surrounded to the South 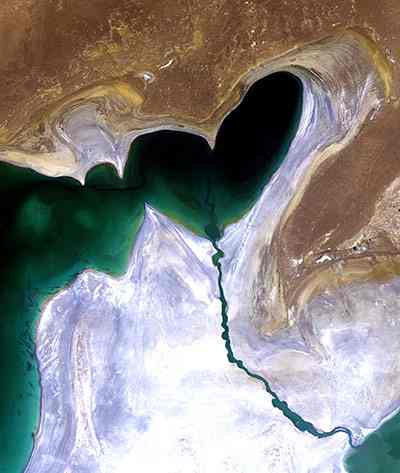 19. To Get an Idea Of Exactly How Opulent Louis XIV Was, You Have to See the Palace at Versailles In One Sweeping View 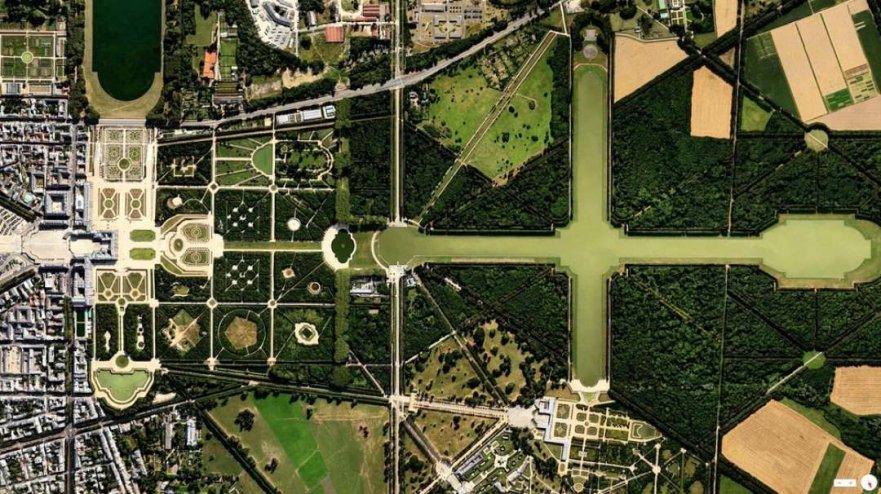 20. From This High Vantage Point, the Days-Long Bacchanalia That Is Burning Man Almost Looks Peaceful…It Isn’t 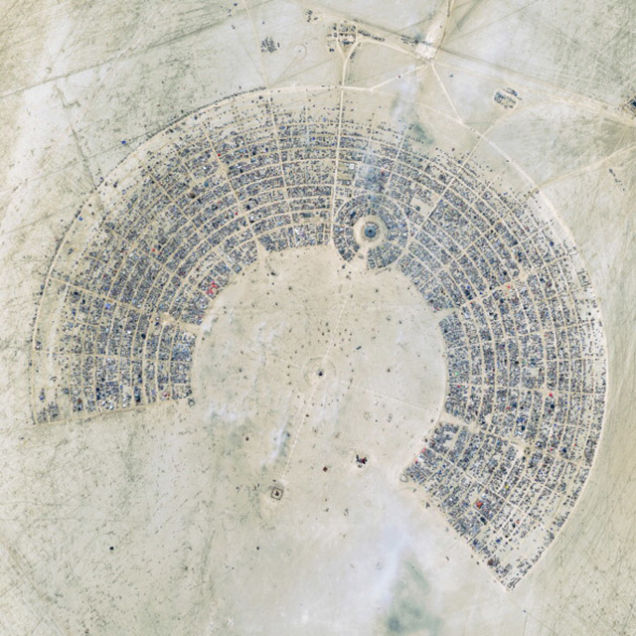 21. Behold the Organized Splendor that Is Suburban Sprawl!

22. Those Aren’t Islands, That’s a Mat of Plankton South of Fiji 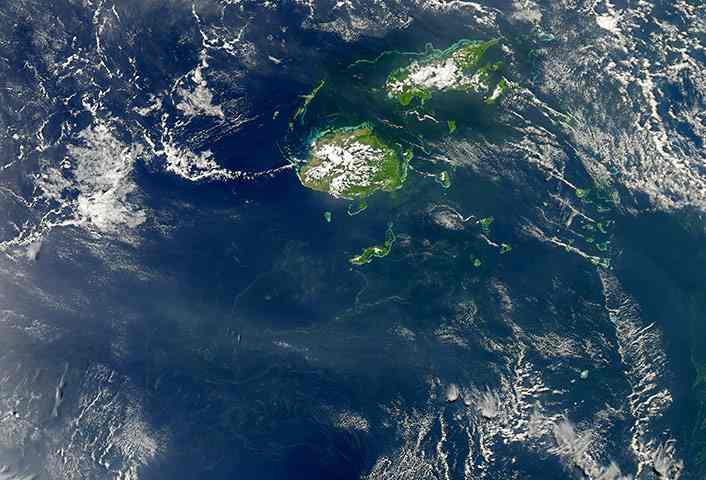 23. This Chain of Mountains in Chile Was Formed By Volcanic Activity Millions of Years Ago 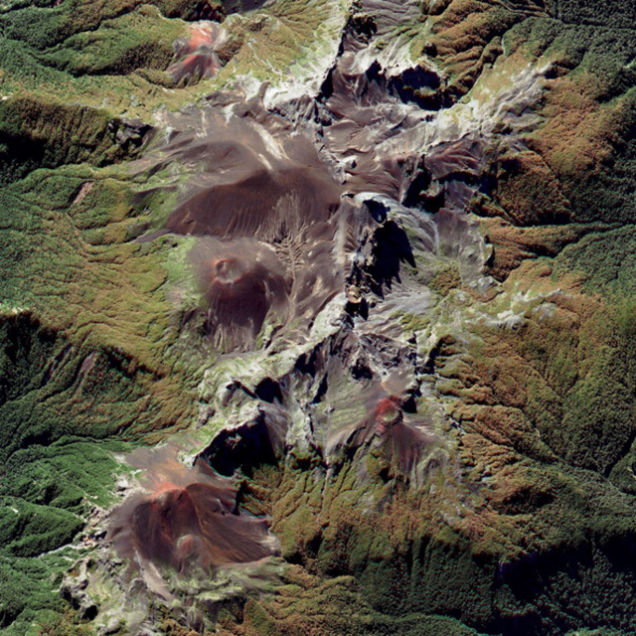 24. Monte Carlo’s Annual Yacht Show Is a Magnet for Some of the World’s Most Cutting Edge Tech and Drool-Worthy Nautical Toys 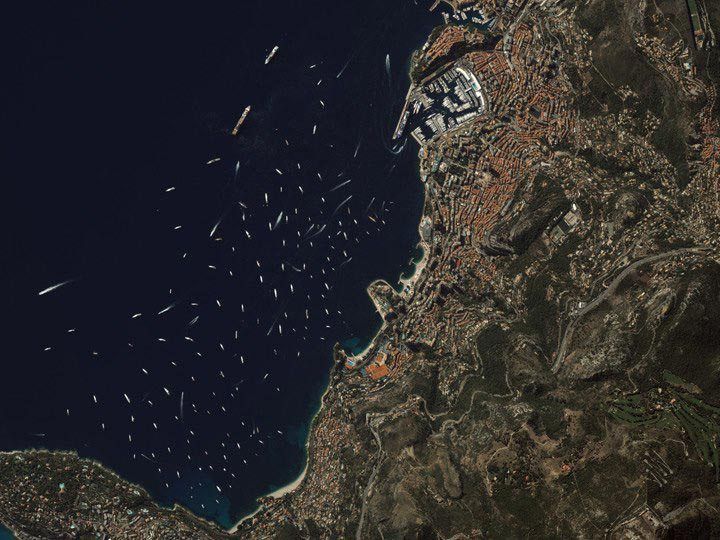 25. 2012’s Pipeline Fire in Homs, Syria Literally Blacked Out the Sun to a Big Portion of the City 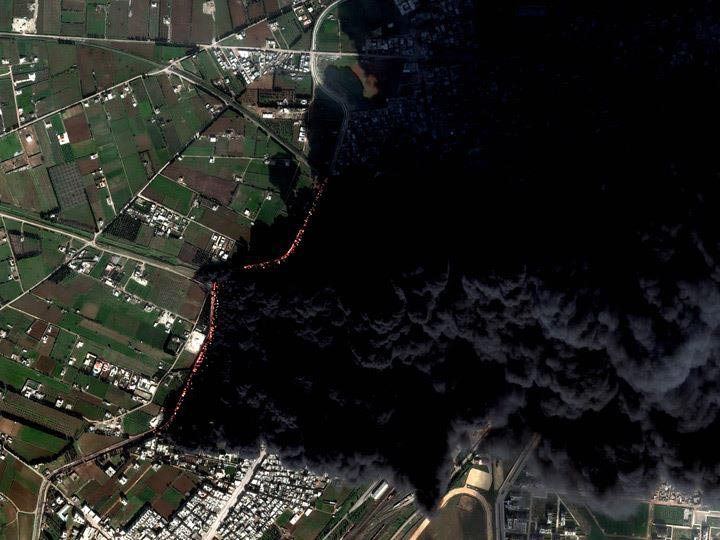 26. The Region of the Crimea Peninsula Pictured is Nicknamed The Putrid Sea, Because of the Water’s Unpleasant Odor During the Summer Months 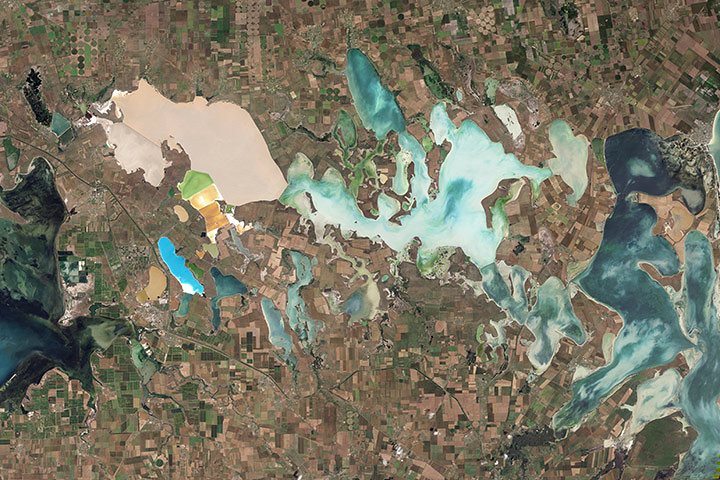 Prev post Going up the mountain with a kite~ ~Snowkiting
Next post Brave firefighter rescues baby from burning house, 17 years later, he attends her graduation