February 20, 2022February 20, 2022 0
Luca Iaconi-Stewart says he’s “a crazy guy who loves aviation.” That might be an understatement. The 24-year-old spent the last seven years in his parent’s house building an exquisitely precise replica of an Air India Boeing 777 jet made entirely from cut-up paper folders. 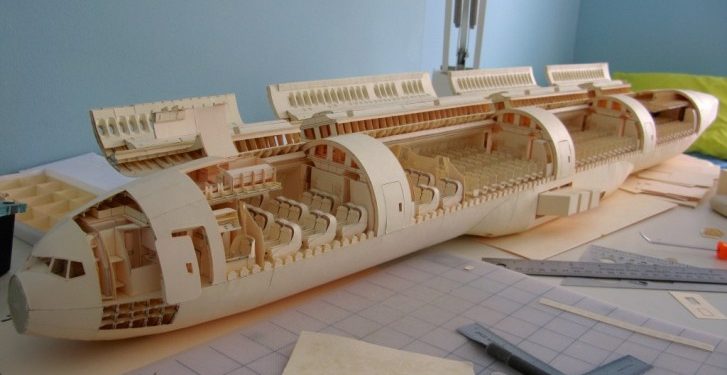 The plane is complete down to details like bolts, hydraulic pipes and hinges. It has amenities like seatback entertainment systems, food carts and also the hidden crew “rest module” that most passengers, even those in first class, never get to see. “I like the way the planes look and I love the engines, Iaconi-Stewart says. 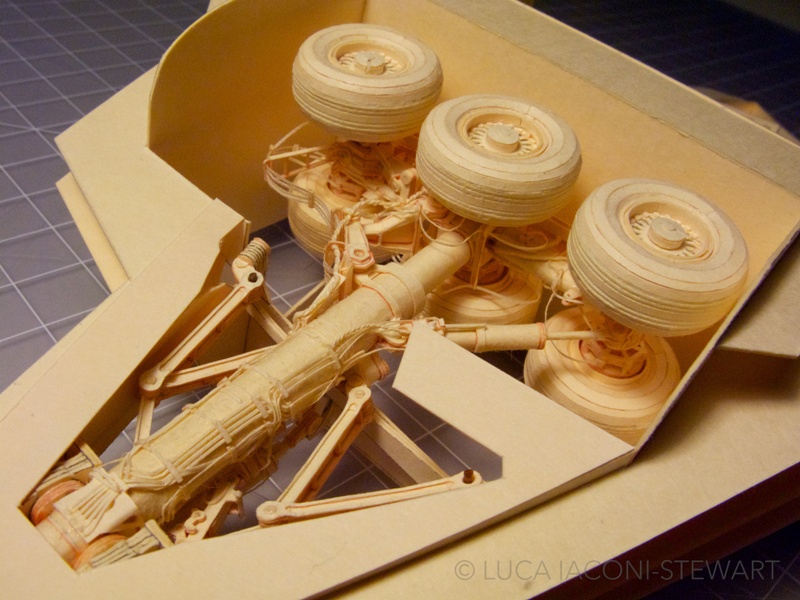 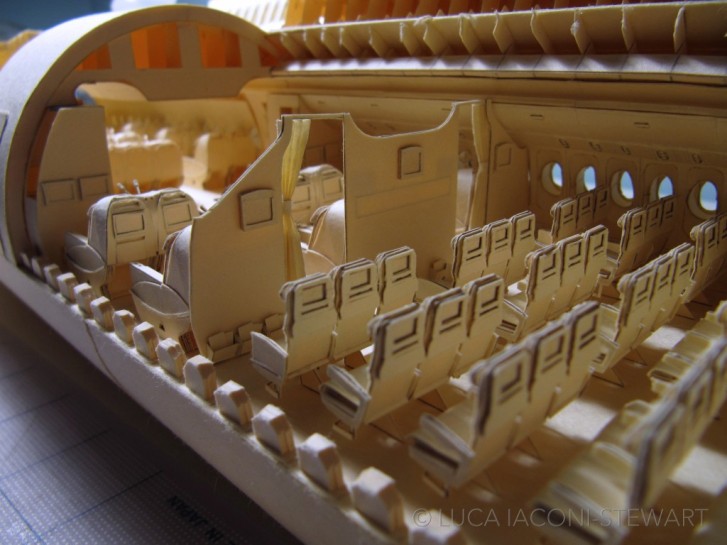 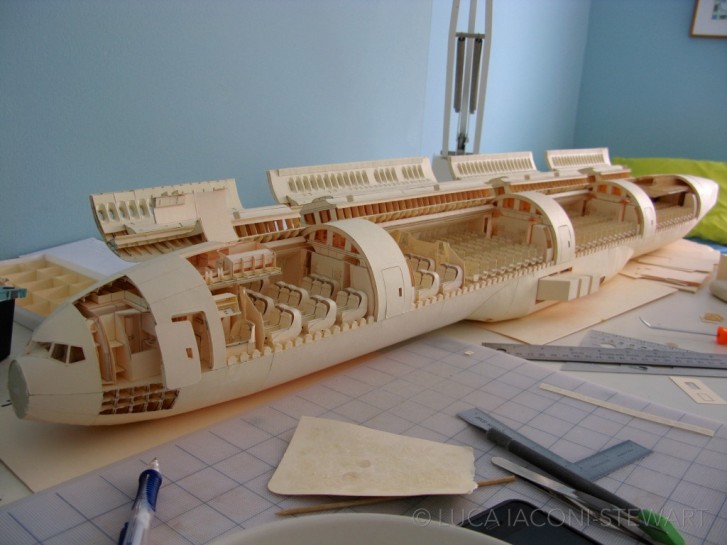 The completed cabin of the Boeing 777 with all 342 seats installed. All images courtesy of Luca Iaconi-Stewart

The Air India 777 uses the most powerful jet engines ever built, the GE90-115B. The engine, designed by GE Aviation, is also the first jet engine to use fan blades made from a special carbon-fiber composite. The light material allowed engineers to expand the engine’s diameter to 134 inches and give it more oomph. “The blades are just beautiful,” Iaconi-Stewart says. “I studied them at the Museum of Modern Art in New York, where they are part of the design collection.” 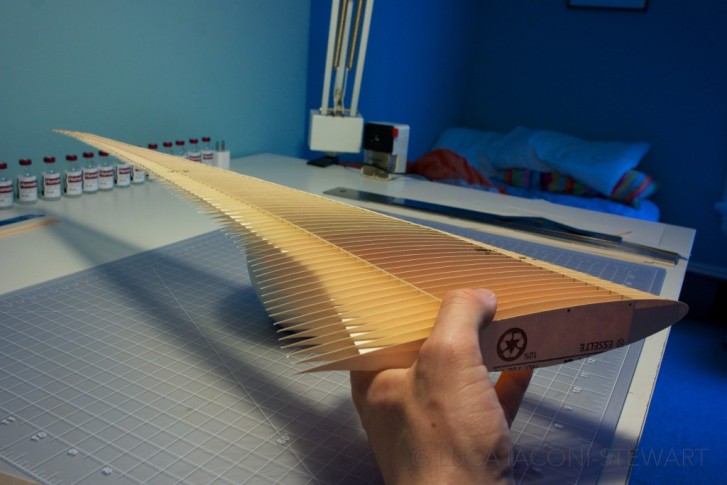 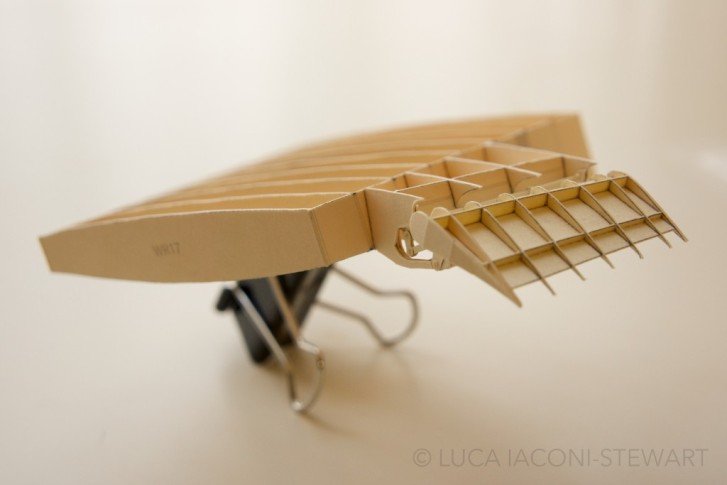 “[I] got hold of the training manual for the 777-200ER that someone randomly posted online, and that’s been immensely helpful for sections like the wings, which I’m currently designing,” Iaconi-Stewart told GE Reports. 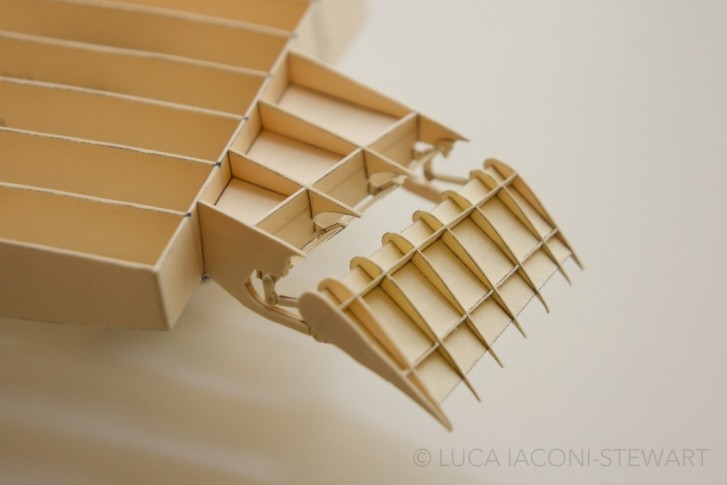 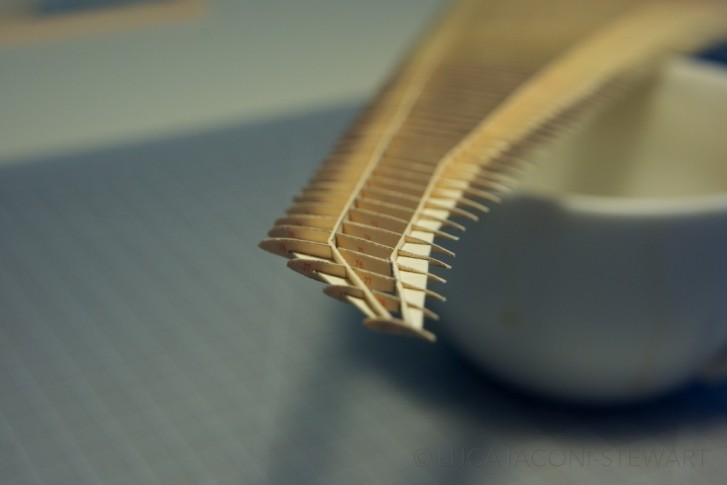 Iaconi-Stewart, who studied architecture in high school, first fell in love with the plane in 2008, when he saw it on the internet. “The proportions were just so nice,” he says. He decided to build it, but “there were no engineering drawings available,” he says. So he started studying the plane from photographs and a maintenance manual he found online. 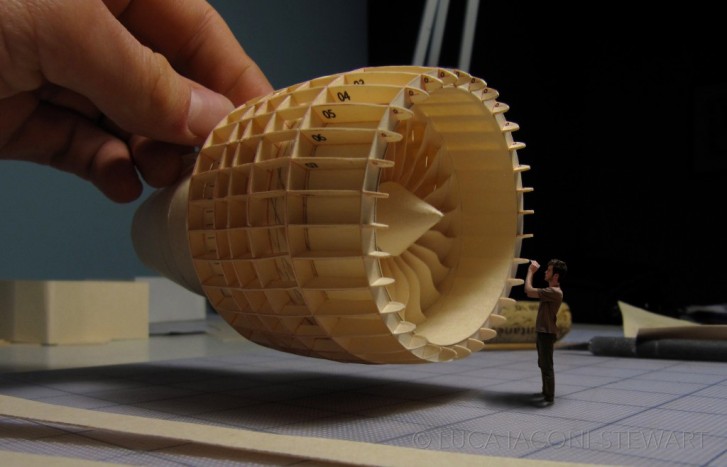 The GE90-115B engine has a maximum diameter 135 inches. Iaconi-Stewart shrunk himself to bring out the engine’s real size. Look here for more images of the real thing. 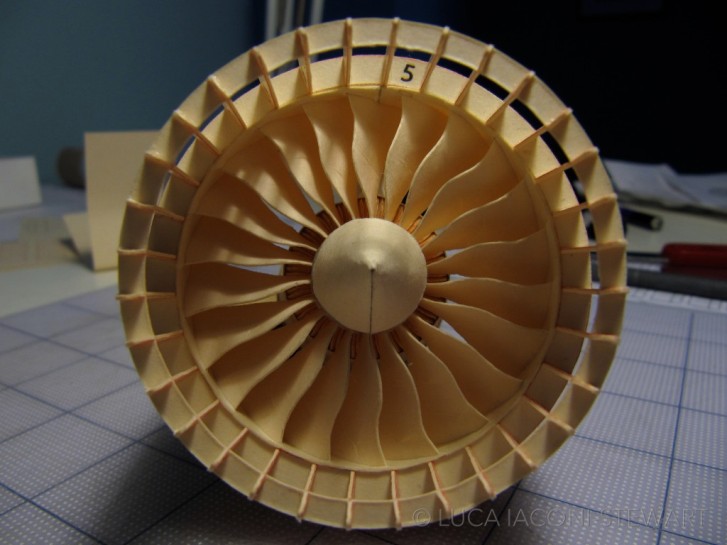 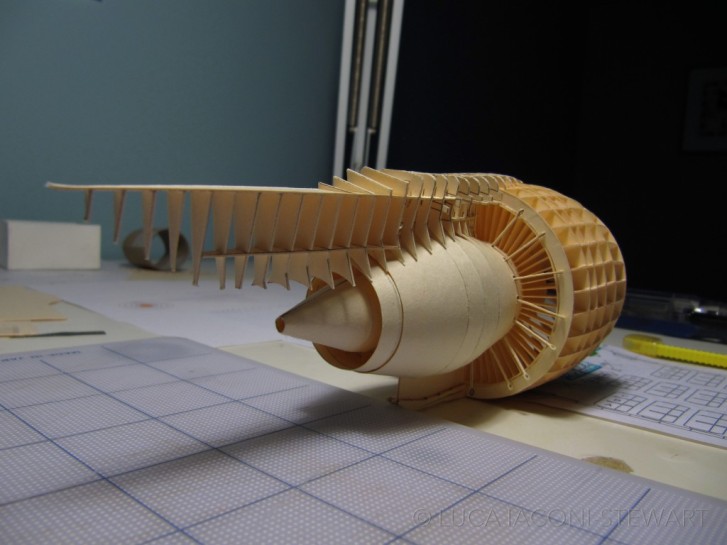 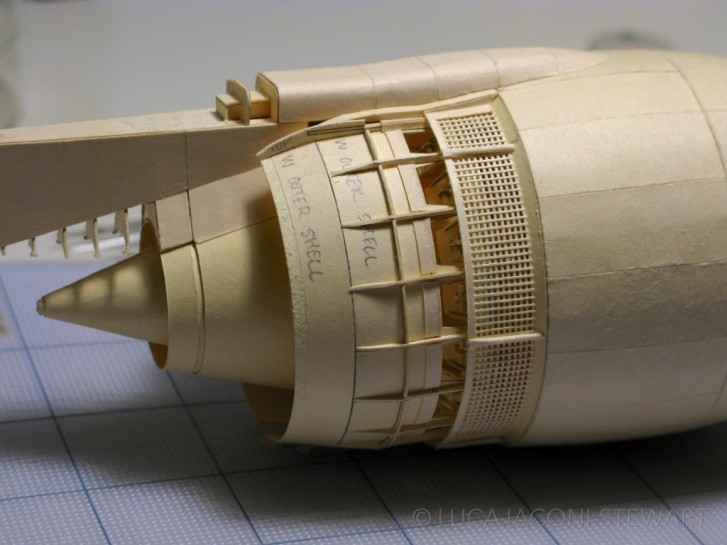 Iaconi-Stewart designed the GE90 engines all the way down to working thrust reversers (the mesh part) the plane uses during landing. 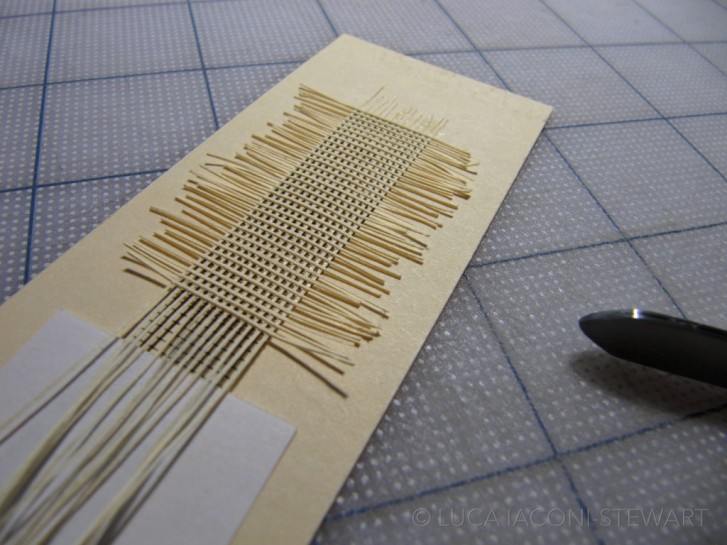 Everything on the plane is hand-made, including the grill work for the thrust reversers.

Since he wanted to make everything functional, he also had to learn how the plane actually worked. “The [engine’s] thrust reversers were tricky,” he says. “I did not understand how they worked. I had to study videos on YouTube, and I also found a photograph looking at the back of the engine. My design looked good on paper, so I hoped for the best.”

Each part of the paper plane began as a series of computer drawings, which Iaconi-Stewart printed out on the folders. He cut them out with an X-Acto knife, grabbed them with tweezers, and glued them together. It sounds easy, but the engine alone took one month to design and four months to assemble. 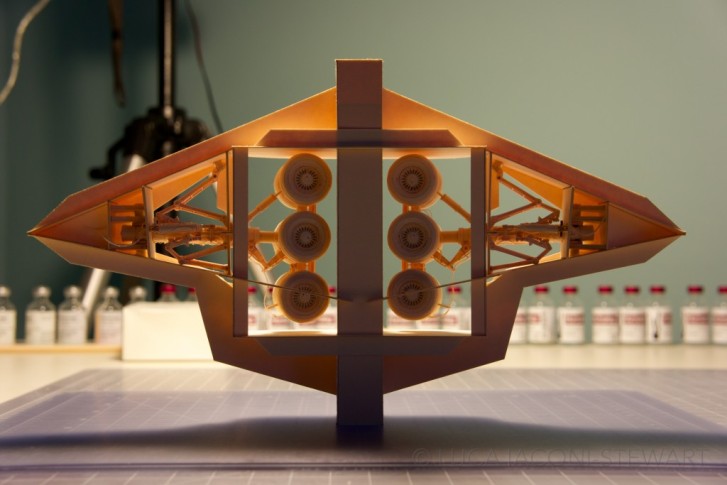 The life-like landing gear can retract into the wheel bays. 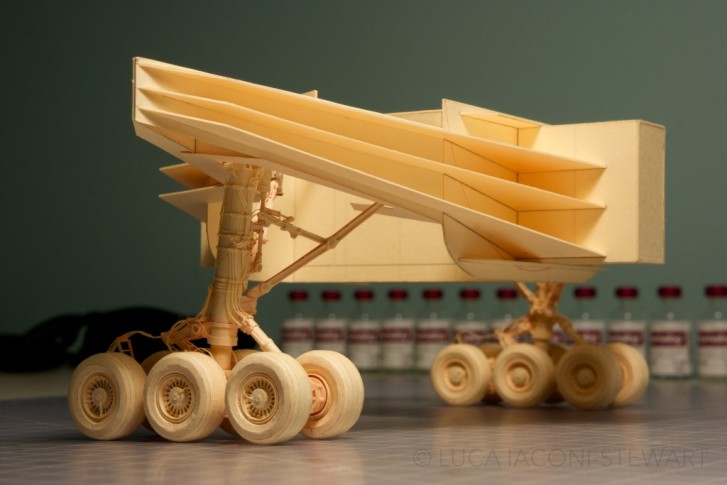 It seems like he nailed it. “This is an amazingly accurate model of the GE90 engine,” Boeing 777 pilot Capt. Richard Sowden told GE Reports. “It’s fascinating to follow the build through the slide sequence and view the details in the engine made solely from paper.

Iaconi-Stewart’s feat is even more impressive considering that he has no engineering education. He spent two years at Vassar College, but has taken a break “to switch gears and figure out what I want to do. I am lucky because my family is so supportive,” he says from his parent’s home in San Francisco.

We caught up with Iaconi-Stewart before the Farnborough International Airshow, which took place in July in England. Here’s an edited version of our conversation. 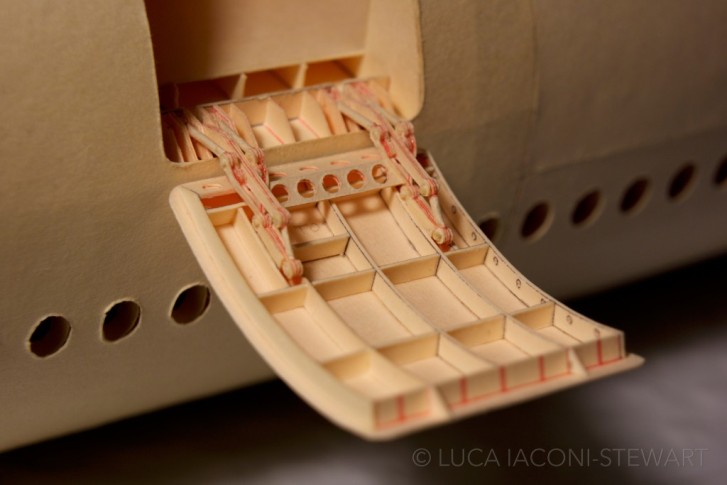 The aft cargo door attached to the hinge. 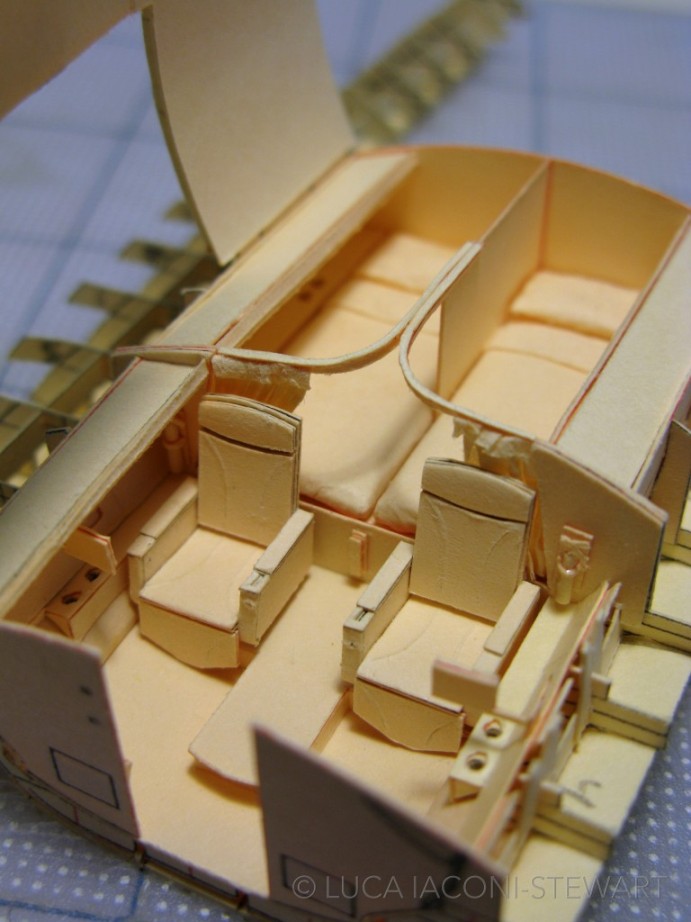 The plane has amenities like the hidden crew “rest module” that most passengers, even those in first class, never get to see. 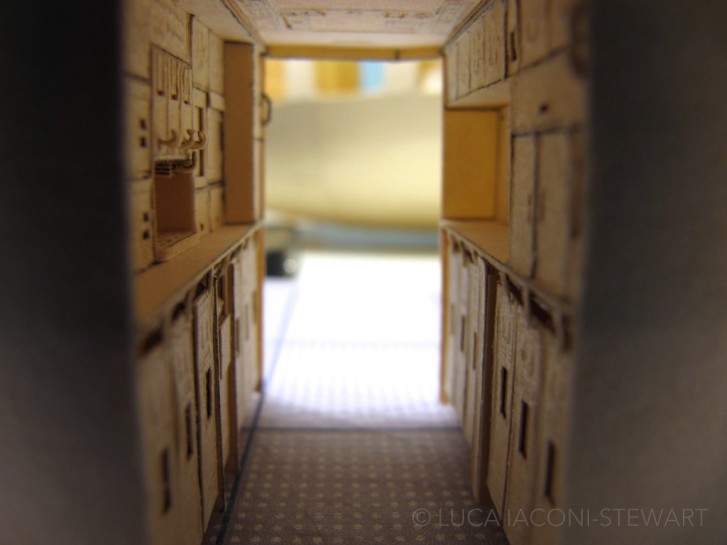 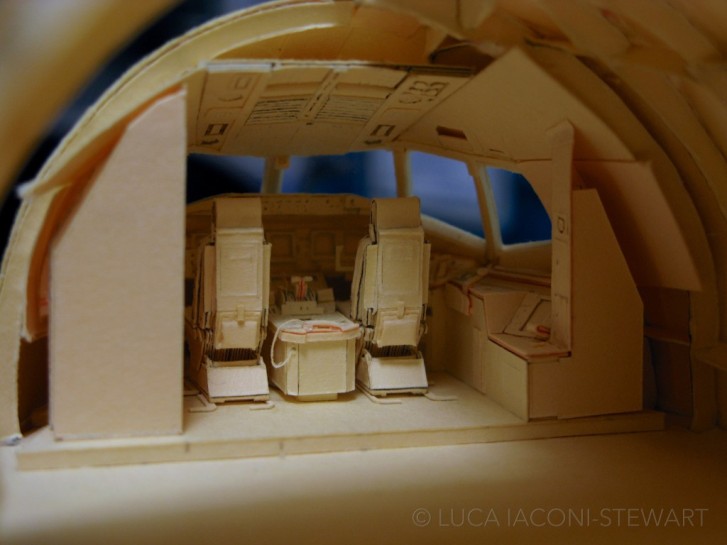 GE Reports: What appealed to you about the 777? Were you thinking about building other planes?

Luca Iaconi-Stewart: I’ve always been a fan of the looks of the 777, especially the 777-300ER. It has a beautiful balance between imposing power and refined sleekness that I love. I also happened to find the highly-detailed Air India seat map online, which made it easier to design the interior. I don’t think I’ve ever considered building anything else. I just got the idea and ran with it. 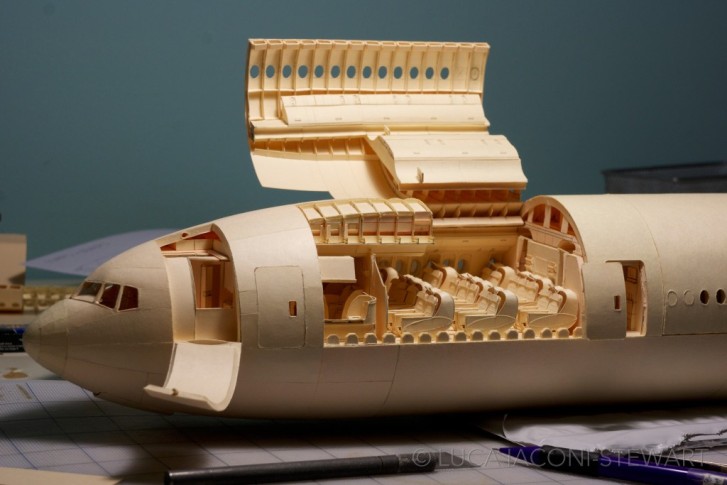 GER: Your model is so detailed. It even includes the sleeping compartments for crew that few people ever get to see. How did you do research for the project?

LIS: Luckily, these days there’s a wealth of photos and videos online that don’t really leave any detail to the imagination. Over the years I’ve amassed a collection of hundreds of images that I’ve used to draw up my own plans. I also got hold of the training manual for the 777-200ER that someone randomly posted online, and that’s been immensely helpful for sections like the wings, which I’m currently designing. 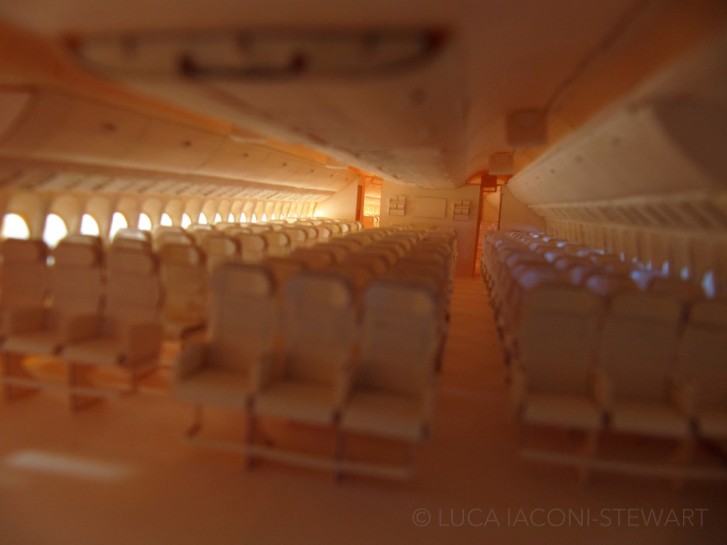 Iaconi-Stewart says that this is one of his favorite shots. “It looks just like the real thing,” he says. “I took this before I’d finished installing all the seats, which is why I was able to fit my camera inside the body.”

GER: The models of the two GE90-115B engines are very much life-like. How did you study the engine? Did you talk to an engineer?

LIS: I relied on my extensive research, including photos from almost every angle. Beyond that, I used the Boeing exterior dimensions from their website to get a general idea of the engine’s size. I didn’t talk to any engineers, but I do have a friend from high school (with whom I took an architecture class) who now works at GE, and he told me a bit about the challenges inherent in engine design and production, especially with cutting edge variants like the GE9X [the world’s largest jet engine, which GE Aviation developed for the next-generation Boeing 777X]. 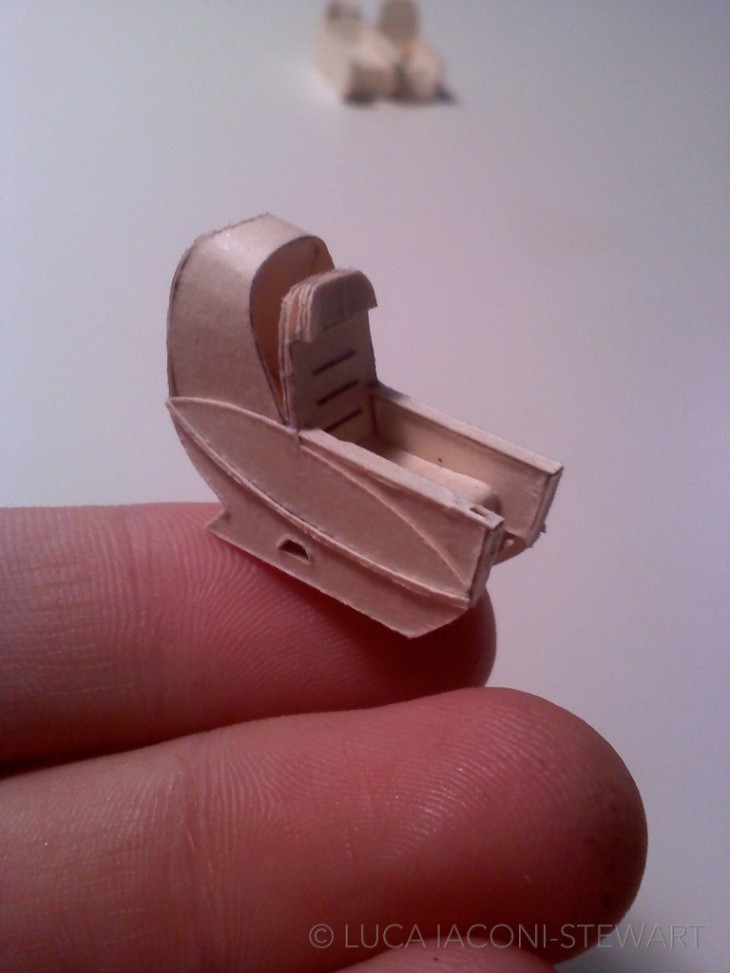 GER: Are you almost done?

LIS: [I’m] not as far as I’d have liked. I spent most of last year working on an ad for Singapore Airlines, and I am just now getting back into wing design, which is the last major part I have to assemble. I’m currently working on the slats (there’s an update on my YouTube channel), and will likely move to the flaps in the near future. The end date is constantly evolving and I’m guessing that it’ll take me at least the rest of the year to get the project done — I saved the most complex part for last! 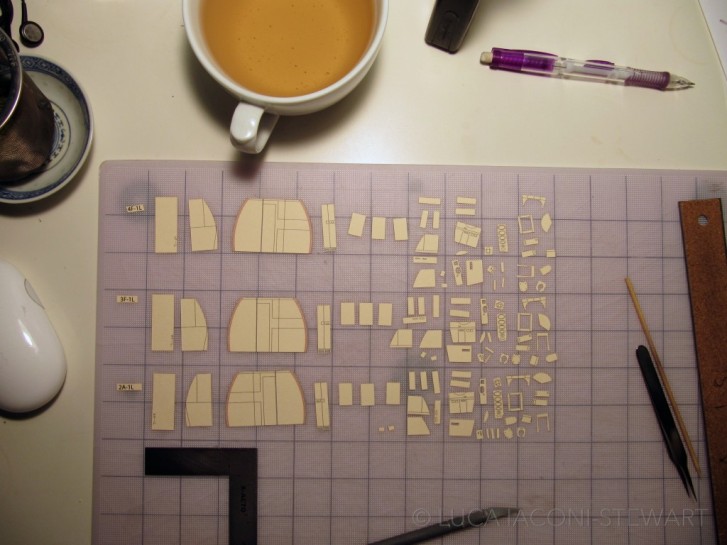 All of these paper cutouts make one Boeing 777 lavatory. 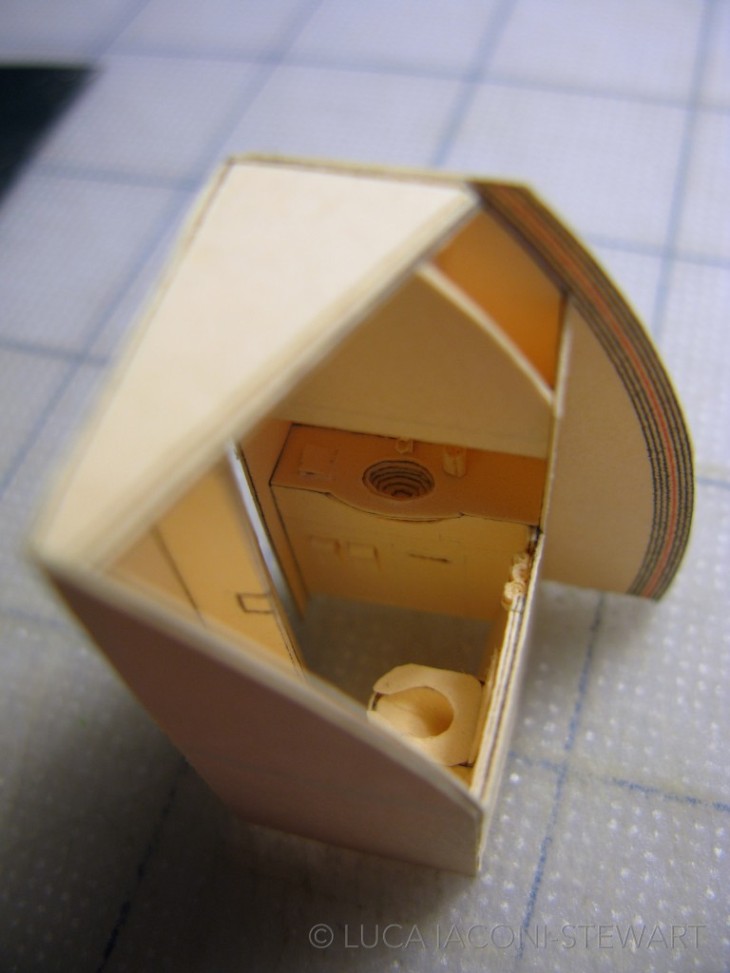 GER: What is next for you?

LIS: Somehow I doubt it’s the last plane I’ll build, but I’m in no rush to start another similar project, at least not as a hobby. I’d like to possibly explore other areas of design and venture outside the model-making realm to broaden my horizons a bit. We’ll see what the future holds! 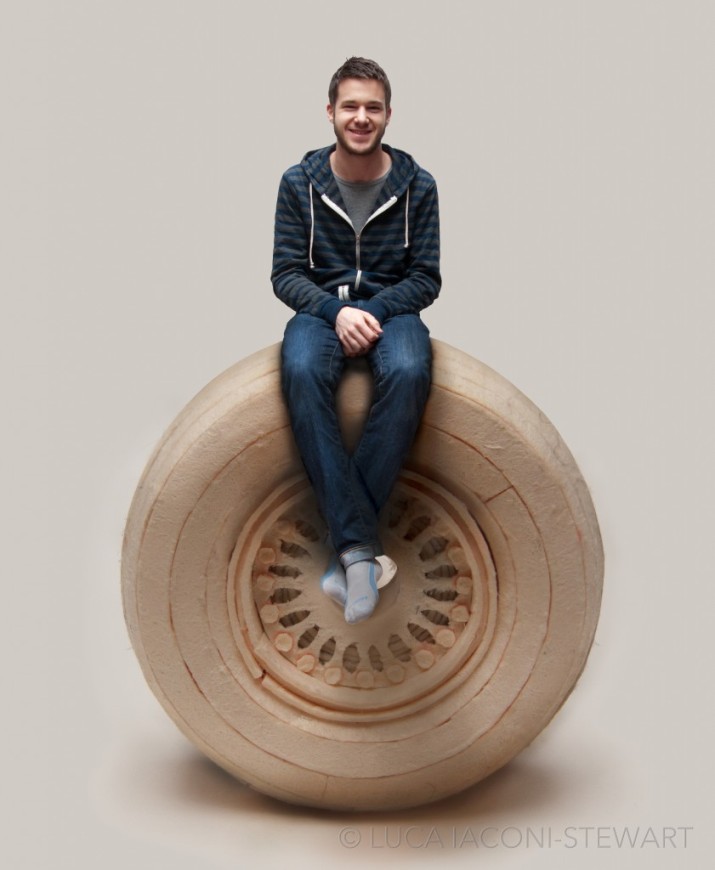 Iaconi-Stewart superimposed himself on one of his wheels.

777boeing
Prev post The Massive C-17 Can Fall Out Of The Sky (And its Intentional)
Next post "Ghost Of Kyiv" Dies In Battle After Shooting Down 40 Russian Jets, Identity Revealed