How Many Star Trek Technologies Are Here Today? 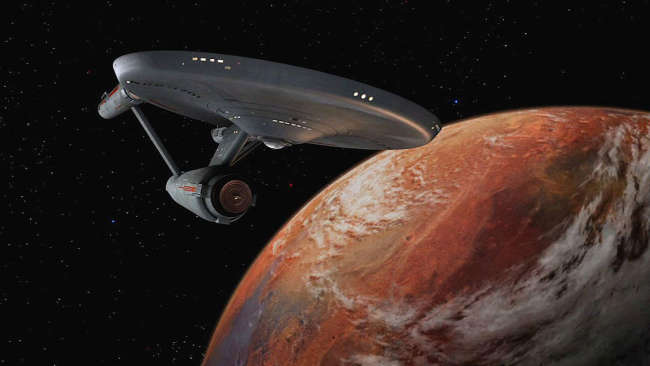 Star Trek recently celebrated its 50th anniversary, and the logical way for us to celebrate this milestone is to have a quick glance at the impact this franchise has had and continues to have on science and technology.

The Original Series premiered on September 8, 1966, and it has often been hailed as the inspiration for technologies that we now use every day, such as mobile phones, personal computers, video calls, and wireless earpieces. The inspiration hasn’t stopped there, though. Throughout its long history and different incarnations, it has also inspired technologies that are currently in development.

Among these, the tricorder is probably one of the most fascinating Star Trek inventions from a scientist's perspective. A handheld device that can scan, analyze, and record data is useful in many disciplines, but could be particularly revolutionary in medicine. And it is not just science fiction. 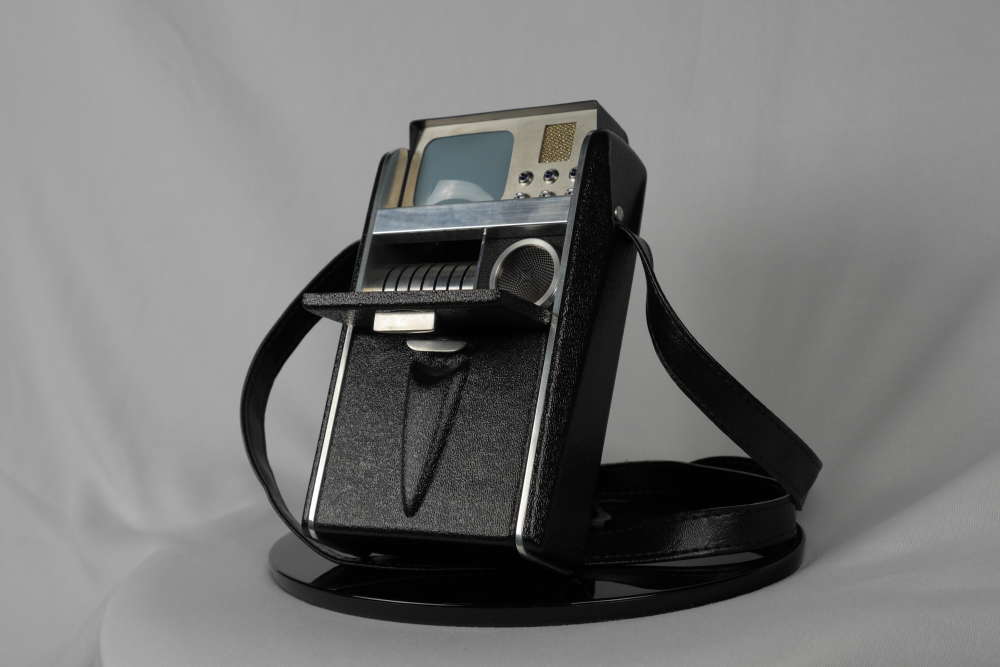 The Tricorder from the original series. XPRIZE

XPRIZE has partnered with telecommunications supplier Qualcomm to bring forth the age of the medical tricorder. Seven teams are currently testing their own devices in the hopes of winning the $10 million prize early next year.

The competition requires the construction of a handheld device that can capture enough health metrics to diagnose a set of 12 diseases (as well as the absence of conditions). This tricorder should be simple enough to be used by anyone, but provide enough data and diagnostic power to lighten the workload of medical professionals.

“The data generated by a tricorder device will significantly reduce the amount of time a physician needs to spend performing routine assessments and enable physicians to spend more quality time educating the patient regarding their health status and what each patient can do to enhance their quality of life based on data collected outside of the hospital,” Grant Campany, senior director of Qualcomm Tricorder XPRIZE, told IFLScience.

The tricorders of all seven teams are currently in the second consumer-testing phase after receiving very positive feedback in the first tests.

“The consumer testers have been very enthusiastic,” added Campany. “I believe the excitement stems from each consumer tester’s desire to experience the future of medicine since these devices truly represent technological innovation at its best.”

Another interesting medical device is the hypospray – a needleless syringe that uses compressed air to inject drugs without puncturing the skin. The real-life counterpart was first developed by three MIT researchers in 2012. Instead of a mechanical system, it uses an electromagnetic mechanism to pressurize the drug enough to pierce the skin and administer the medicine. The researchers founded a company called Portal Instruments, and they are now working on making the needleless syringes commercially available. 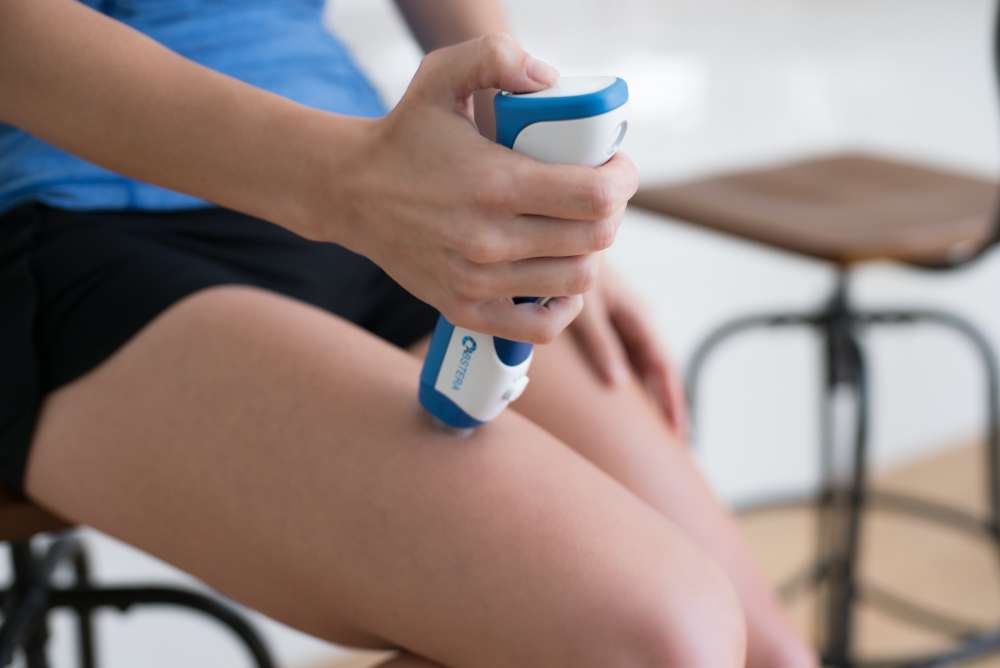 Needleless syringes like this have taken inspiration from the hypospray. Portal Instruments

Obviously, the franchise's medical inventions have fascinated many people (special mention to the biobed designed by the University of Leicester), but Star Trek is also about exploring the universe, so let’s look at the spacefaring innovations that are becoming a reality.

In Star Trek Voyager, we encountered the Pralor's robotic asteroid mining pods, something that might become very common in the near future. There are several companies that plan to excavate asteroids, and although the legalities are not sorted, many are looking to the sky for precious and rare metals. In a nice coincidence, NASA is launching a mission to asteroid Bennu, where the probe OSIRIS-REx will collect a sample and return it to Earth in 2023.

Sample collecting would be much easier if we had tractor beams onboard our spacecraft, but they wouldn’t all work in space. The most powerful tractor beams are made using sound waves. Using sophisticated loudspeakers, researchers have been able to move, trap, and manipulate small objects, but they envision applications in medicine rather than in interplanetary warfare.

And we can’t mention Star Trek warfare without mentioning photon torpedoes. Surprisingly, creating such a weapon is not as farfetched as one might think; students at the University of Leicester recently showed how they could work in reality. These realistic photon torpedoes don't store antimatter but they use a particle cascade to produce a similar explosive effect.

But what about the franchise's more incredible technologies? Are they possible or at least plausible?

Star Trek's famous replicators made whoever invented them a very rich person. These devices are capable of creating almost every item and food out of thin air, by assembling them atom by atom following a model pattern.

In real life, we can manipulate individual atoms and create brand new molecules and materials. We can also copy nature and reproduce it in the lab. But can we make a true replicator?

"The answer is maybe," Jamie Gallagher of Glasgow University, who was recently involved in separating the fact and fiction of Star Trek for the Royal Institution in London, told IFLScience.

"The good news is that we're getting pretty good with 3D printers and synthetic food. We've already had the first lab-grown burger and you can 3D print chocolate at home, which is our first step towards a replicator. Feed in the correct ingredients and watch your meal or object appear before your eyes (slowly).

"The bad news, however, is that we'll never have replicators quite like the show, which can build a hot meal from the atomic level. We just don't have the energy or control of atoms to do that, but 3D printed chocolate isn't a bad consolation prize.” 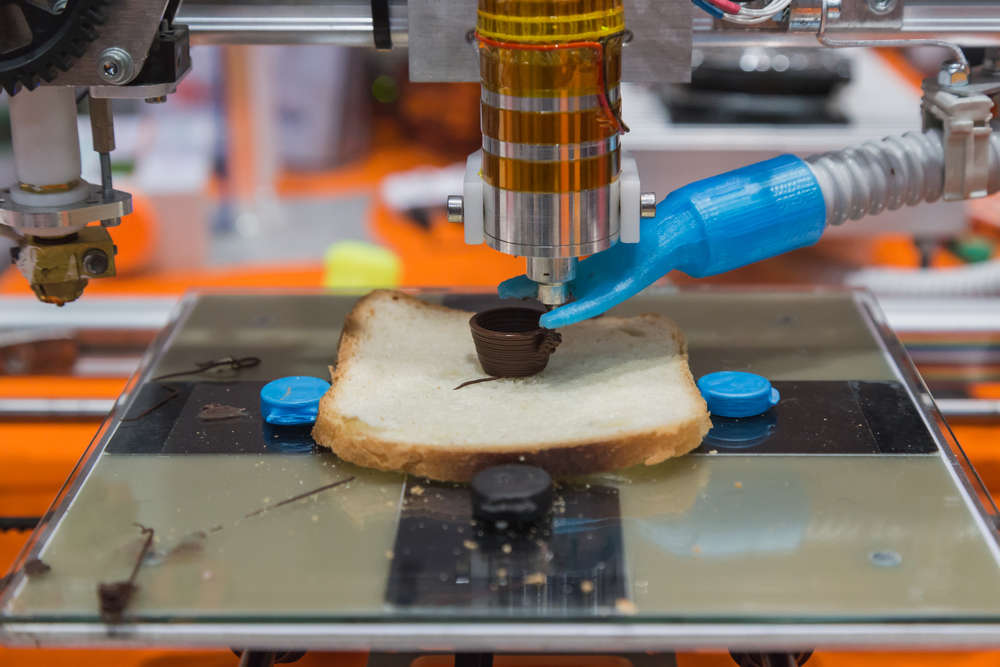 The technology behind the replicator is also what powers the transporter – the Star Trek teleportation machine. By measuring and memorizing the position of every particle in an individual or an object, the transporter was able to dematerialize, transmit, and rematerialize people wherever they chose.

In simplistic terms, quantum teleportation follows very similar principles, although it doesn’t actually move any matter. What is transported is the state of a particle, which is sent from a particle in one location to a particle somewhere else (as long as the particles are entangled). Atoms have been successfully teleported, but we are yet to do the same for molecules.

Could we one day quantum teleport something as big as a person? There are over 1,000 billion billion billion particles in a human body. Even if we could store all teh information about every particle on a single byte, it still means that every person would require over 1 billion billion terabytes. We are going to need bigger computers.

There’s also another issue. Quantum information cannot be copied, which makes the transporter a death machine. To be transported, your original body would have to be destroyed, with the quantum information then used to reassemble an identical body with all your memories, yet made of completely different (but identical) atoms. 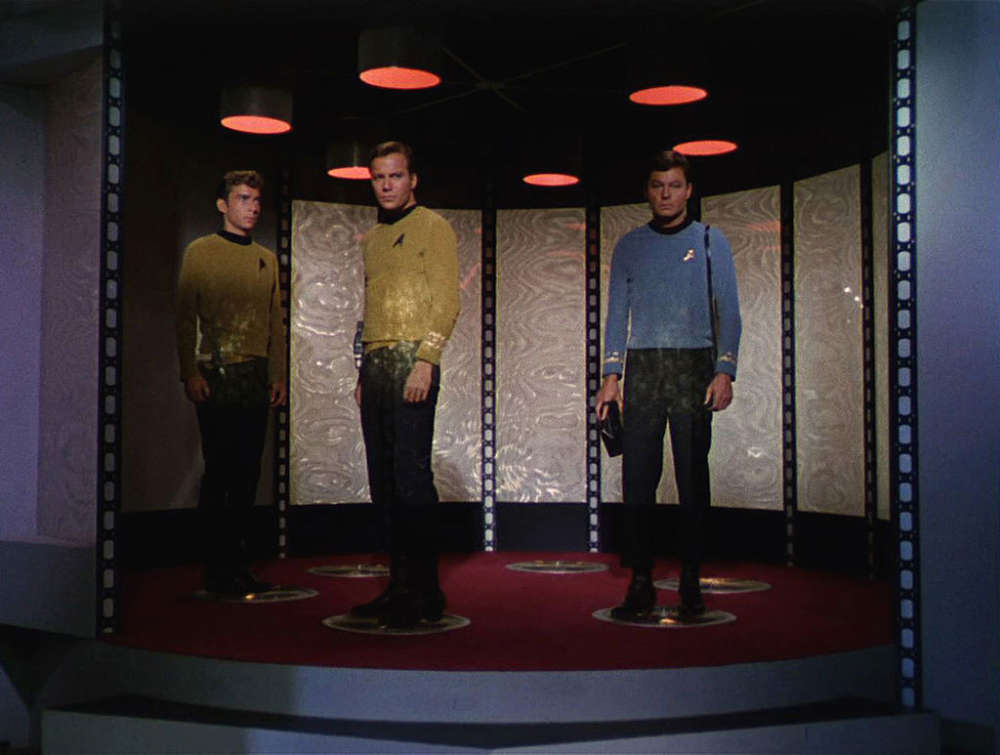 So, the transporter might not be a good idea after all, but there are other ways to move around in the Star Trek universe, and the absolute best is the warp drive. This engine technology is a clever way to get around the limit of the speed of light, by warping space-time around the spaceship.

Warp drive is allowed according to our current laws of physics. Light has a maximum speed, but the contraction and expansion of space-time does not. Following this reasoning, theoretical physicist Miguel Alcubierre proposed a solution in 1994 of general relativity that allows for faster-than-light travel. This doesn’t mean the warp drive will happen. The solution might violate some unknown law of physics, or maybe the engine is too complicated to be built, but humans are a stubborn species: If there’s a will, there’s a way.

All in all, the direct and indirect impact of Star Trek has helped science. Star Trek portrays a peaceful society dedicated to research, exploration, and the common good. It’s hard to find a more positive underlying message, and we hope it will continue to inspire and encourage for many years to come. Star Trek, live long and prosper.