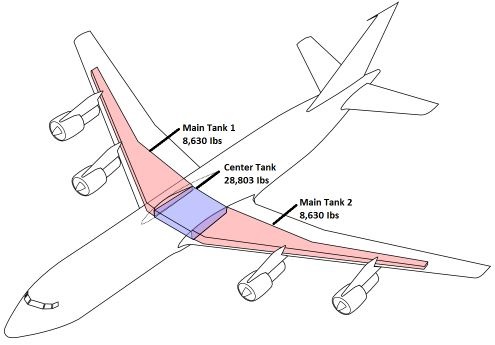 Fuel is stored in the wings for primarily 3 reasons

Fuel acts as a counter stress for the wings shortly after takeoff when the great stress of the aircraft’s mass acts on them. This prevents a large change in the wingdihedral angle. This effect is so great on the Boeing 747, that if only the centre tank was filled (leaving the wing tanks empty) and the plane would take off, the wings would simply snap. Due to this reason, fuel is first consumed from the center tank and then the wing tanks. Conversely, during refueling, the wing tanks are filled initially and then the centre tanks.


2. Keeps the centre of gravity more or less in the desired position. If the tanks are at the nose or tail of the aircraft, there will be a large change of momentum as fuel is filled or consumed. Longitudinal centre of gravity is vital for an aircraft’s stability, and any large change in its position is not conducive for flying.

3. The weight of the fuel provides rigidity to the wing, thereby reducing wing flutter. Flutter is the vibration of the wings due to the airflow. Large flutter is so hazardous that it can even result in total collapse of the wings. The following video explains how flutter acts on aircraft and other structures.

Remember, NEXT VIDEO will automatically play after this one finishes!


An F-16 pilot flying over ISIS-held territory suffered a malfunction of his fuel system and would have been forced to bail out if it weren’t for a KC-135 Stratotanker crew that offered to escort the jet home, the Air Force said in a press release.

The KC-135 was tasked with refueling a flight of A-10s supporting ground pounders when an F-16 came for gas and declared an emergency.

“We were in the area of responsibility and were already mated with some A-10 Thunderbolt IIs that were tasked with observing and providing close-air-support for our allies on the ground,” said Capt. Nathanial Beer, 384th Air Refueling Squadron pilot. “The lead F-16 came up first and then had a pressure disconnect after about 500 pounds of fuel. We were expecting to offload about 2,500 pounds.”

After the pilot completed his checklist, it became apparent that 80 percent of his fuel supply was trapped in the tanks and couldn’t get to the engine. The pilots would have to bail out over ISIS territory or try to make it back to allied airspace. 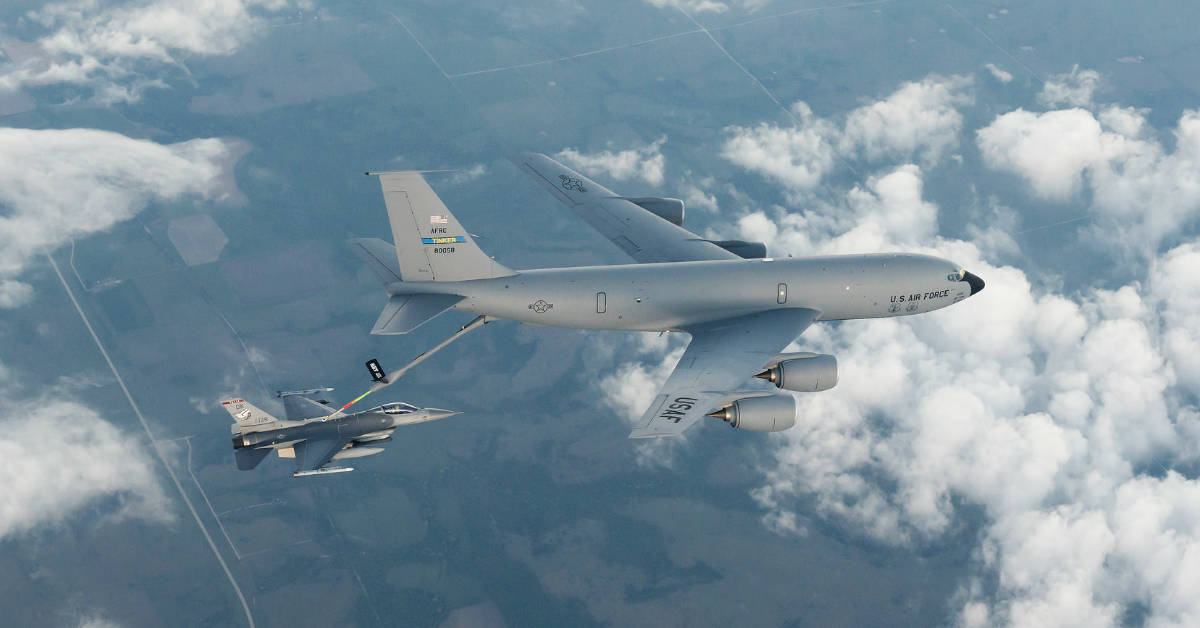 F-16 was saved from ISIS | Loungtastic

“The first thought I had from reading the note from the deployed location was extreme pride for the crew in how they handled the emergency,” said Lt. Col. Eric Hallberg, 384th Air Refueling Squadron commander. 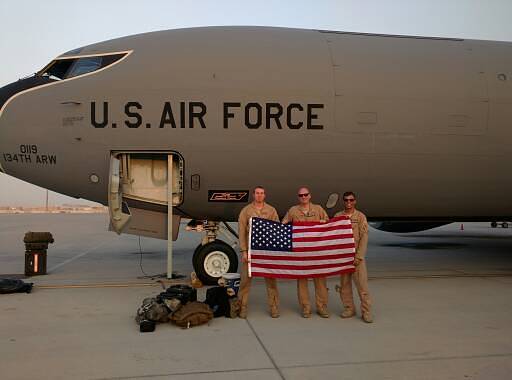 “Knowing the risks to their own safety, they put the life of the F-16 pilot first and made what could’ve been an international tragedy, a feel-good news story. I’m sure they think it was not a big deal, however, that’s because they never want the glory or fame.”

The KC-135 crew returned to their planned operation once the F-16 was safely home and were able to complete all of their scheduled missions despite the detour.