It can be easy to see the world’s most powerful and influential people as occupying a sphere far removed from the rest us. But many of the most successful people were born without silver spoons in their mouths and started off working odd jobs to earn money.These 23 highly successful people prove that the path to success doesn’t have to be linear.

23 unglamorous first jobs of the world’s most successful people 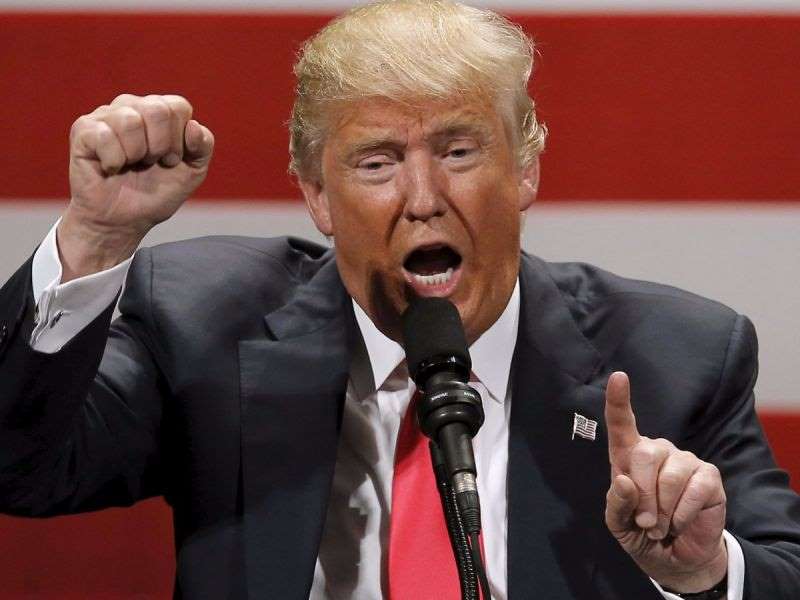 Current President Donald Trump, the billionaire real-estate mogul and Republican presidential hopeful, grew up wealthy, but his father wanted him to learn the value of money early on.

As a kid, his dad would take him to construction sites and have him and his brother pick up empty soda bottles to redeem for cash, Trump tells Forbes. He says that he didn’t make much, but it taught him to work for his money. 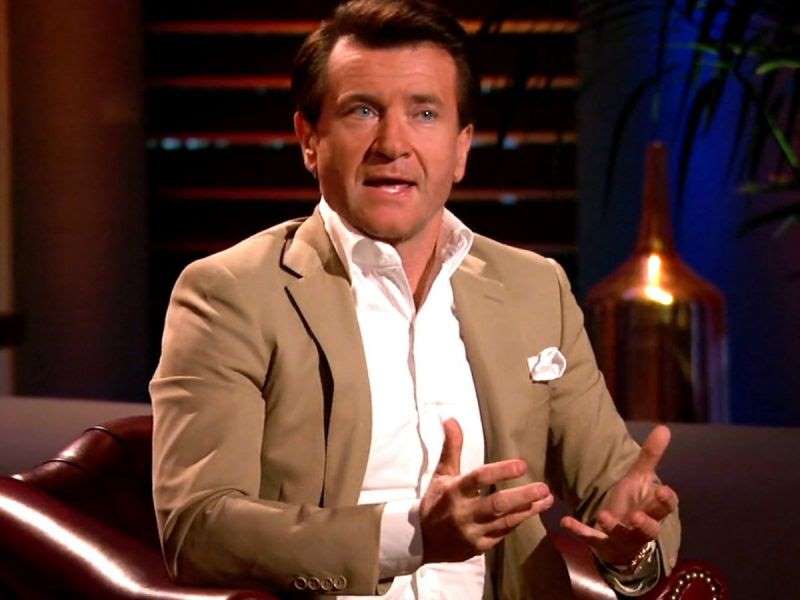 Robert Herjavec was a debt collector

After graduating from the University of Toronto in 1984, and long before he became a celebrity investor through Shark Tank, Herjavec took the first job he could find as the guy calling people to pay their bills.

“If you’re thinking that being a bad-debt collector was not the best way to launch a business career, you’re wrong,” Herjavec writes in his book You Don’t Have to Be a Shark. “I learned a lot from the job, and some lessons — valuable lessons — stay with me today.”

Among those lessons, he says he learned that great salespeople focus energy only on serious prospects, and that empathy is often more effective than aggression when it comes to making a sale. 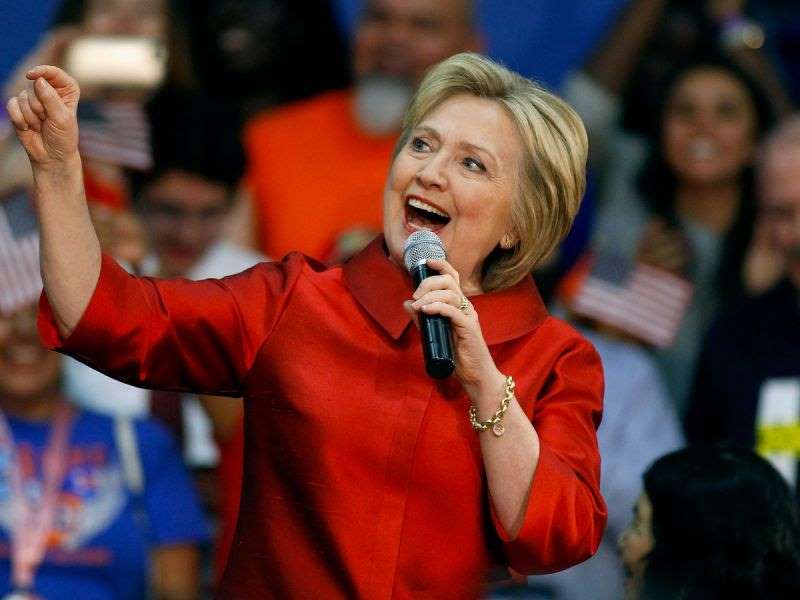 Clinton writes in her autobiography “Hard Choices” that she got her first paying job, other than babysitting, at 13, supervising a small park a few miles from her home in the Chicago suburb of Park Ridge, Illinois.

Clinton says she had to lug a wagon full of balls, bats, and jump ropes back and forth three days a week that summer.

“My parents believed in self-reliance and hard work, and they made sure we kids learned the value of a dollar and appreciated the dignity of a job well done,” she writes. 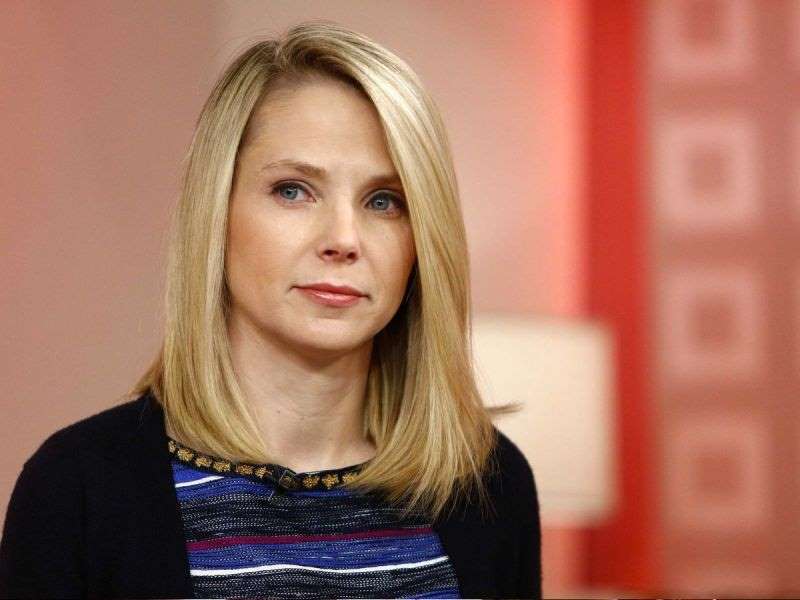 Marissa Mayer was a grocery-store clerk

Mayer told Fortune that when she was 16, she took a summer job as a grocery-store clerk at County Market in Wausau, Wisconsin.

She says it was there she saw first-hand the value of work ethic, and the job taught her a lot about family economics and the trade-offs people have to make in daily life. 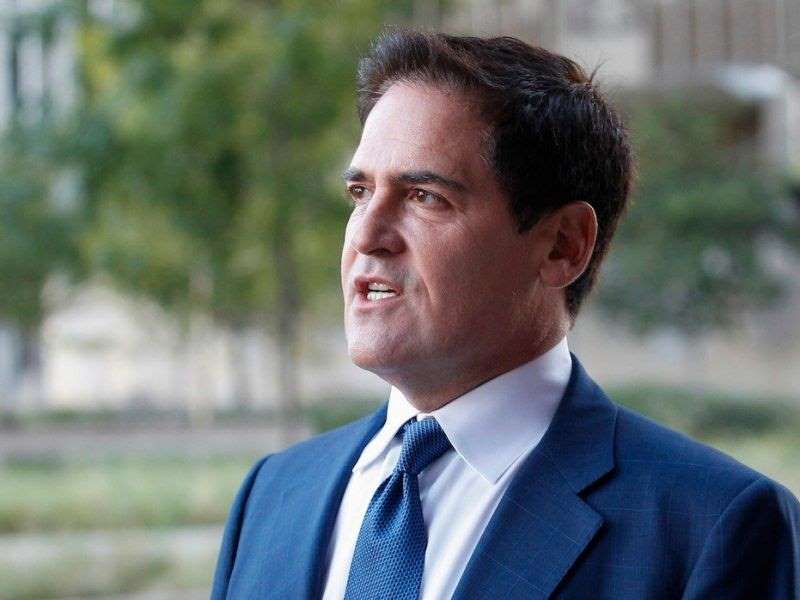 When the Dallas Mavericks owner and entrepreneur asked his dad if he could get a new pair of expensive sneakers, his dad told him he could go get a job. So he did, selling garbage bags door-to-door.

Cuban was 12 at the time, and he asked his dad how he was supposed to find a job. That’s when one of his dad’s friends stepped in. He said he had some garbage bags he needed to sell, so Cuban went door-to-door selling the bags for three dollars more than he paid for them. 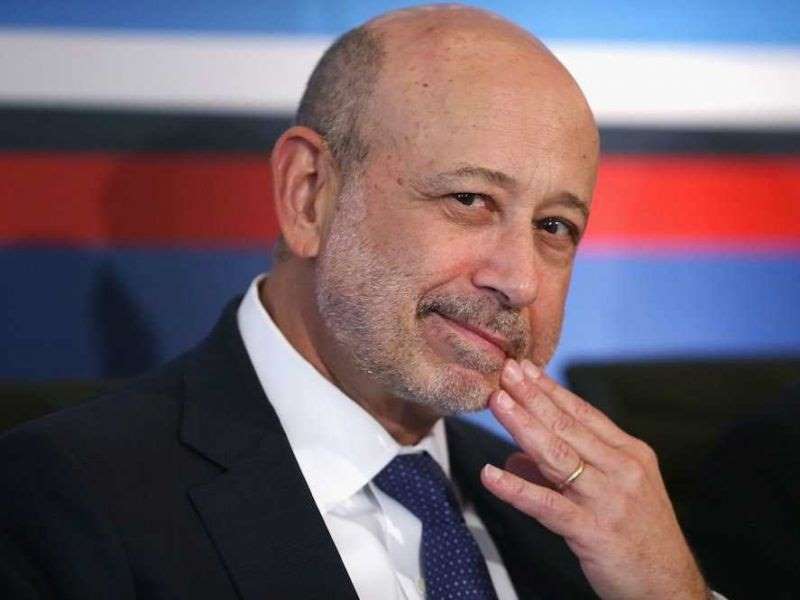 As the CEO of Goldman Sachs, Blankfein is one of the most influential people on Wall Street.

But he worked his way up from the bottom. According to his biography, Money and Power: How Goldman Sachs Came to Rule the World, Blankfein grew up in Brooklyn housing projects and worked his first job as a concession vendor at Yankee Stadium. 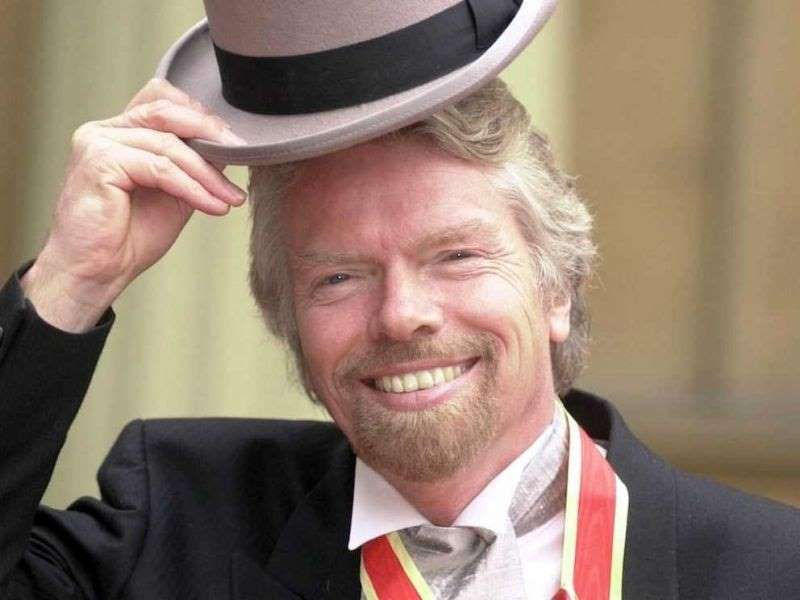 Richard Branson was an amateur bird breeder and arborist

Branson, the billionaire founder of the Virgin Group, has worked for himself from day one.

At the age of 11, Branson says in a LinkedIn post, he and his best friend, Nik Powell, started breeding parakeets to sell as pets to their classmates. The birds started multiplying faster than they could sell them, so they then tried their hand in a different market.

As Christmas approached, they bought small fir trees and hoped to make a profit off them once they grew big — but rabbits destroyed the trees before they could grow, he writes.

General Electric’s first female vice chair oversaw the creation of the Hulu streaming service. But before she entered the professional world, she learned the value of hard work at a Rubbermaid factory that produced kitchenware.

In a LinkedIn post, she explains that she took the summer job after her freshman year of college as a break from academic work but found herself completely overwhelmed. She’s still proud of learning how to work as a team to overcome the difficult months of labor. 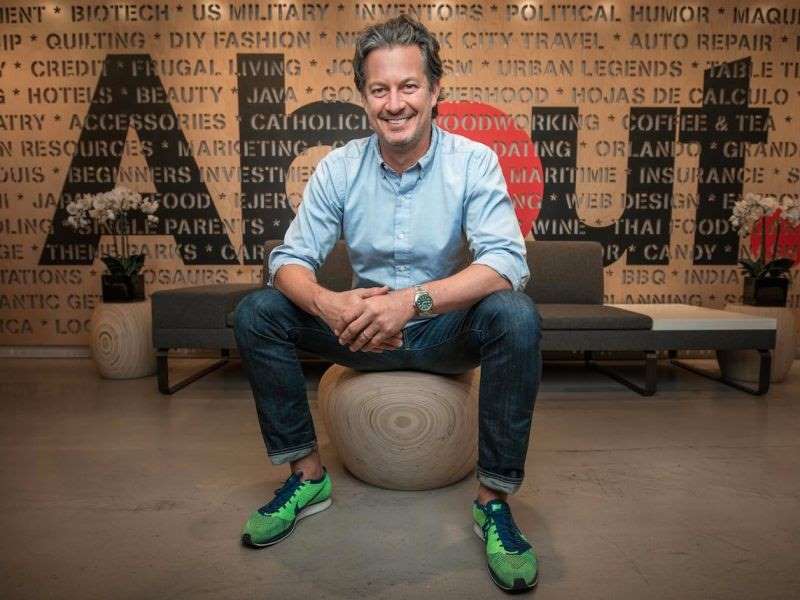 The About.com CEO previously told Business Insider that his first real job was renting tuxedos to kids going to prom and to wedding parties.

“Because of the commission plan, which paid no commission on basic rentals, but instead paid $10 or so every time you rented a tux with tails or a terrible vest-suspenders combo, all of our effort was spent trying to rent people the most ridiculous thing possible,” he said, admitting that he and a buddy made side bets (the stakes were lunch in the food court) based on who could rent that day’s pre-determined awful item first.

“Working retail is full of great lessons in how to deal with people, and of course sales skills are invaluable,” Vogel said. “However, given the surprising amount of money we made, perhaps the most important thing I learned is to be skeptical of those paid commissions to sell you something.”

Before Cole became the president of Cinnabon and then group president of FOCUS Brands, she worked at Hooters for 15 years, starting as a hostess at age 17 and eventually getting promoted to vice president by the time she was 26.

A star employee, at 19 she was asked by Hooters to go to Australia to help open a franchise location there, and she spent much of her early twenties training global employees and managers, Fortune reports. 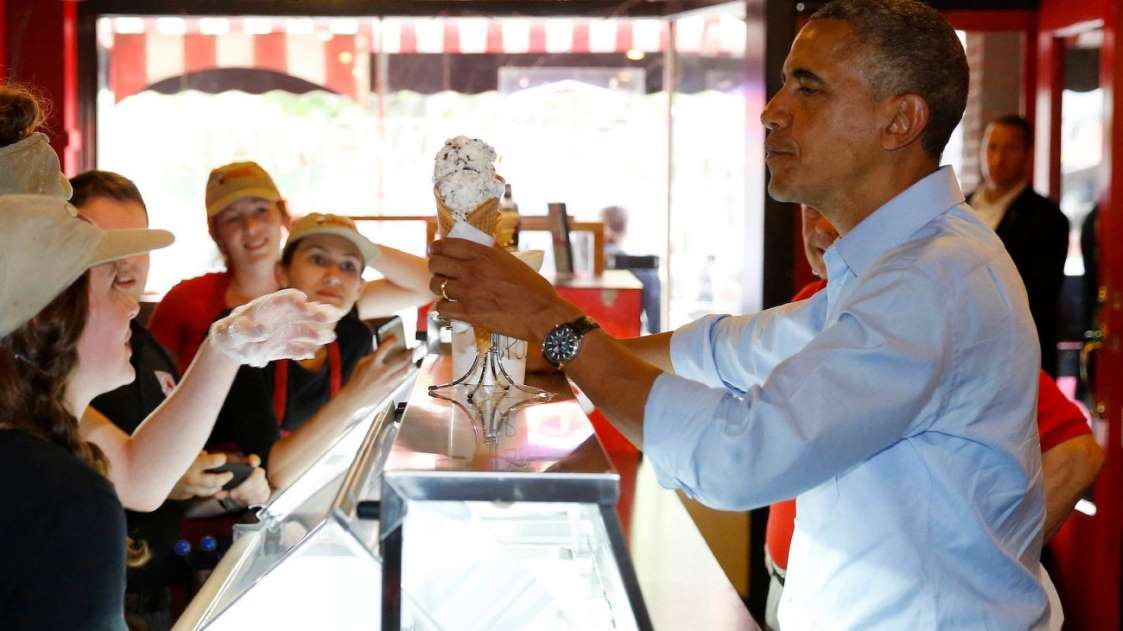 Even the leader of the free world from 2009-2017 once had an unglamorous summer job. As a teenager growing up in Honolulu, Obama got his first gig working the counter at Baskin-Robbins, Time reports. 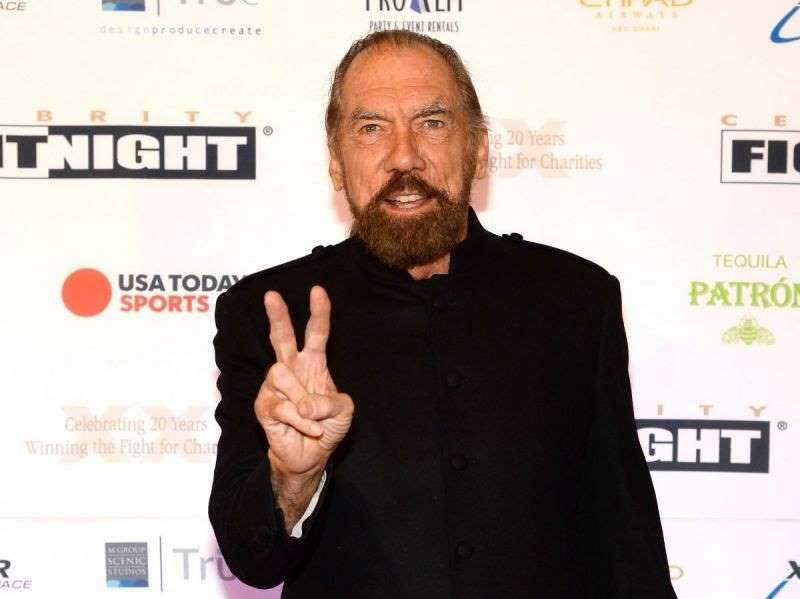 The cofounder of John Paul Mitchell Systems and Patrón tequila previously told Business Insider that, growing up, his family didn’t have much money, so he worked from a very young age building flower boxes for 25 cents and selling them for 50 cents.

“At 11 years old, I had a morning paper delivery route with the LA Examiner and I made $33 per month,” he said. “I gave the money to my mother so we could live a better life. Having a job was an honor.”

Warren Buffett was a paperboy

Buffett has been interested in making and saving money since he was a kid. Today, the chairman and CEO of Berkshire Hathaway is worth an estimated $61.2 billion, according to Forbes, making him one of the world’s wealthiest people.

At the age of 13, Buffett spent his mornings delivering copies of The Washington Post, according to Bio. That same year, he invested $1,200 of his savings into 40 acres of farmland. 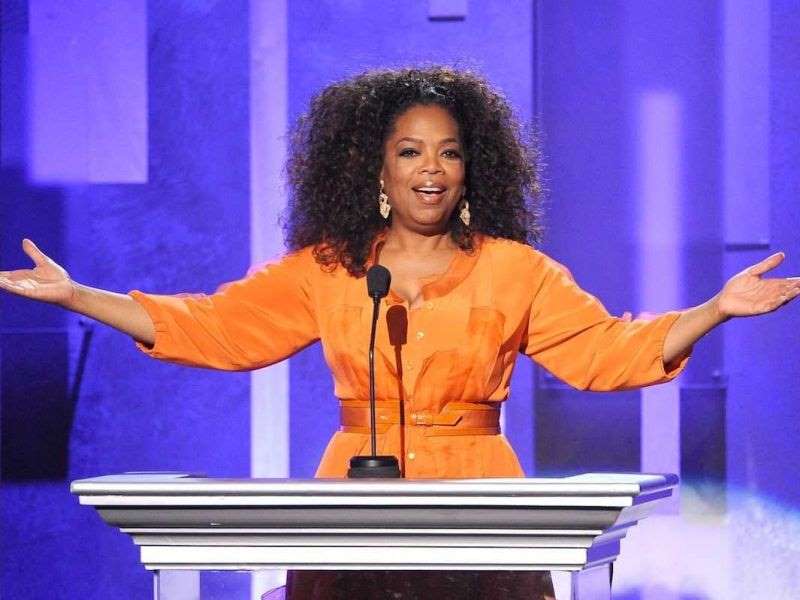 Winfrey’s media empire made her the first female black billionaire — she’s worth an estimated $3 billion today, according to Forbes. Before she made it to the top, she struggled her way out of a difficult, impoverished childhood.

When she was living with her dad in Nashville as a young teenager, she worked at a corner grocery store next to her dad’s barbershop, Forbes reports. 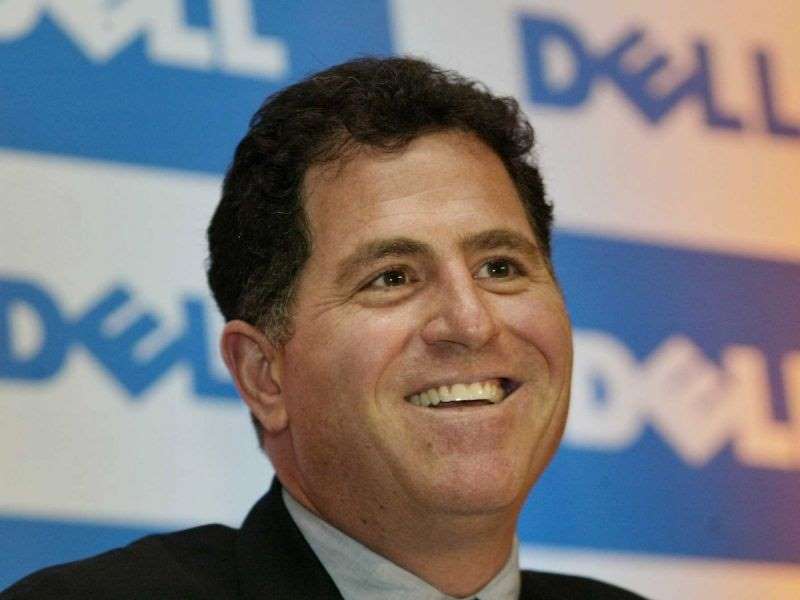 As founder and CEO of Dell Inc., Dell enjoyed a rise to power during the heyday of the personal computer. Today, Dell is worth an estimated $18.7 billion, according to Forbes. But before he helped make PCs mainstream, Dell got his first job scrubbing dishes for a Chinese restaurant at the age of 12, Bio reports. 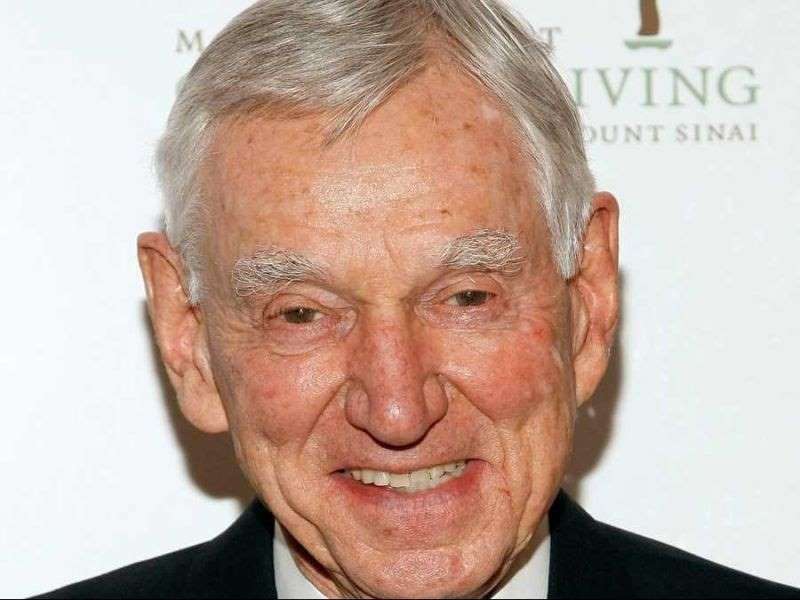 Murdock, the 91-year-old chairman and CEO of Dole Foods, turned the company into the world’s largest producer and marketer of fruits and vegetables. He’s worth an estimated $2.9 billion today, according to Forbes, but he grew up poor and dropped out of high school in the ninth grade.

After quitting school, Murdock worked at a gas station until he was drafted into the Army in 1943, Forbes reports. 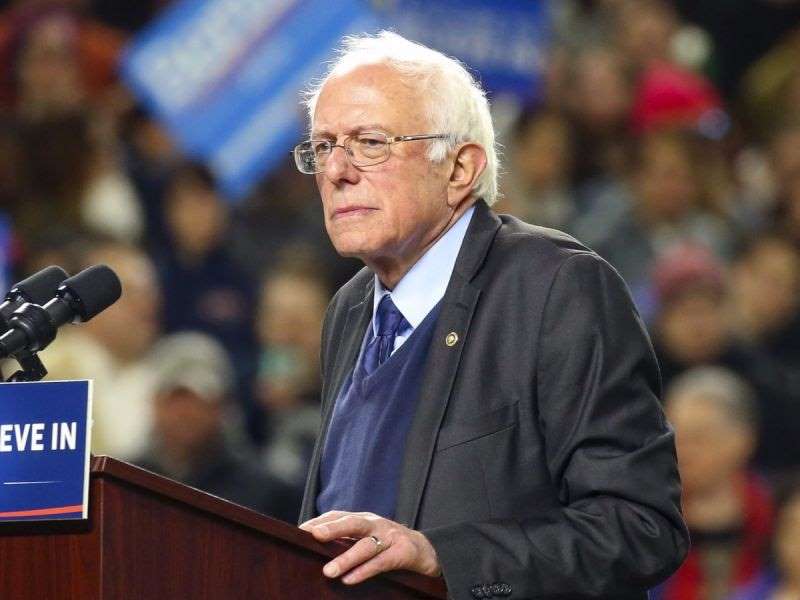 Bernie Sanders worked as a carpenter and documentary filmmaker

After receiving a Bachelor of Arts degree in political science in 1964 from the University of Chicago, where he was an active member of the local civil-rights movement, Sanders held a number of odd jobs, including carpenter and documentary filmmaker, before being elected mayor of Burlington, Vermont, in 1981, at the age of 39. 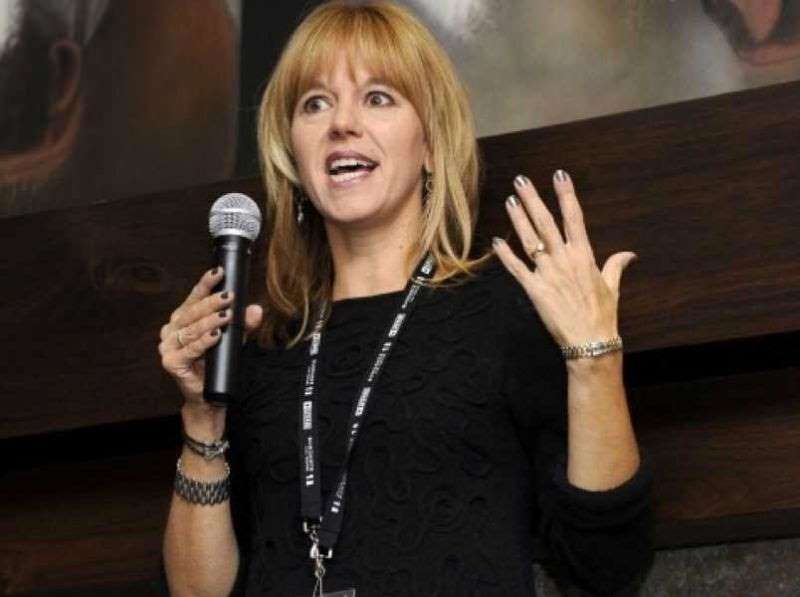 In 1996 the now CEO of the Women Moving Millions charity became the first female partner at Goldman Sachs.

Before that, she spent her early teens in Canada working the concession stand at games for her local farm team, the Kelowna Buckaroos. In a LinkedIn post, she says her time spent running a busy stand and making quick transactions proved to be perfect training for the Wall Street trading floor. 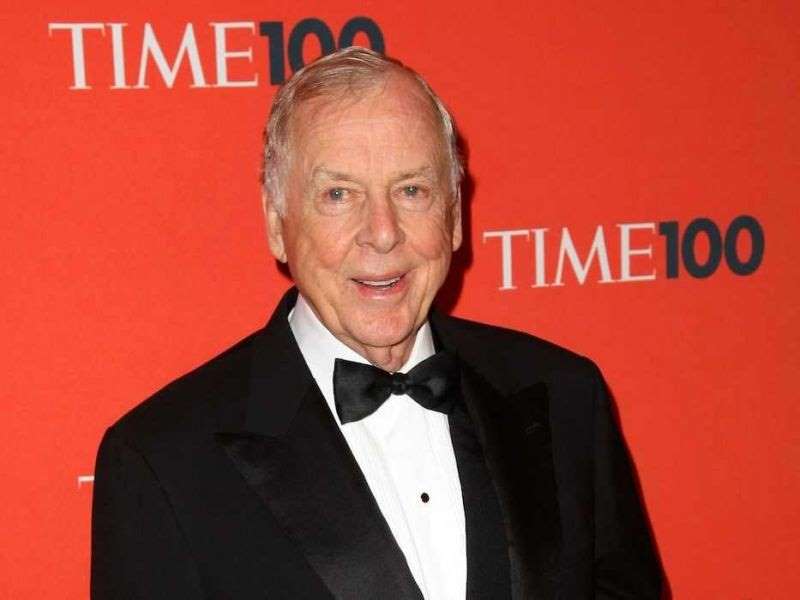 Like Buffett, Pickens was a paperboy. At the age of 12, he expanded his delivery route from 28 houses to 156 by taking over his competitor’s routes, according to Forbes. He has said that this taught him the value of expanding business through acquisition. 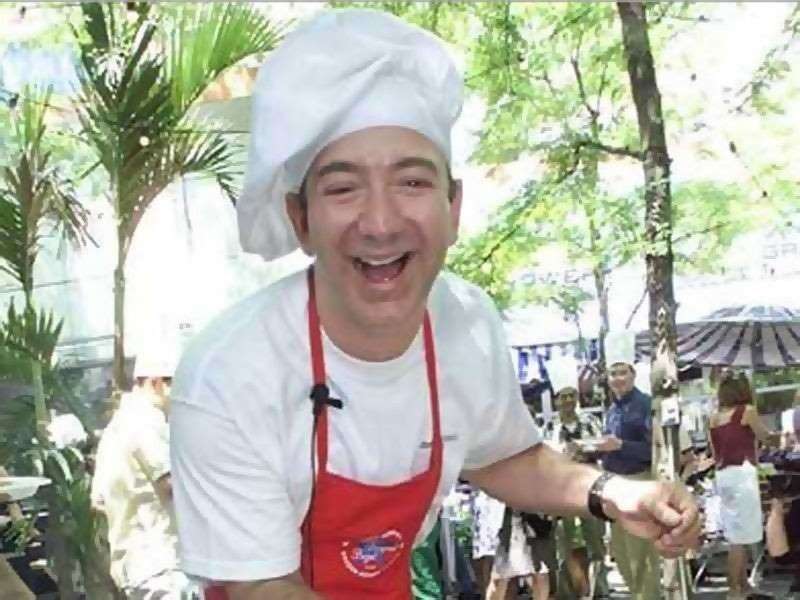 The founder and CEO of internet-retail behemoth Amazon got his start working the grill at McDonald’s during his summers as a teenager, according to the book Golden Opportunity: Remarkable Careers That Began at McDonald’s.”The most challenging thing was keeping everything going at the right pace during a rush,” Bezos said. “The manager at my McDonald’s was excellent. He had a lot of teenagers working for him, and he kept us focused even while we had fun.” 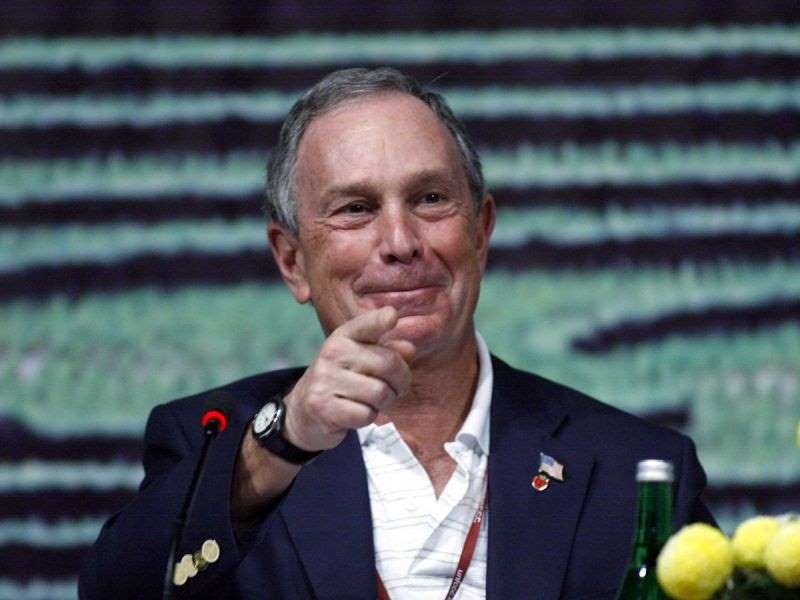 Michael Bloomberg was a parking-lot attendant

As of 2020, the former mayor of New York City is now worth an estimated $61.1 billion, according to Forbes, but he comes from a middle-class family.

As a student at Johns Hopkins University, he worked as a parking-lot attendant to help pay his loans for tuition. 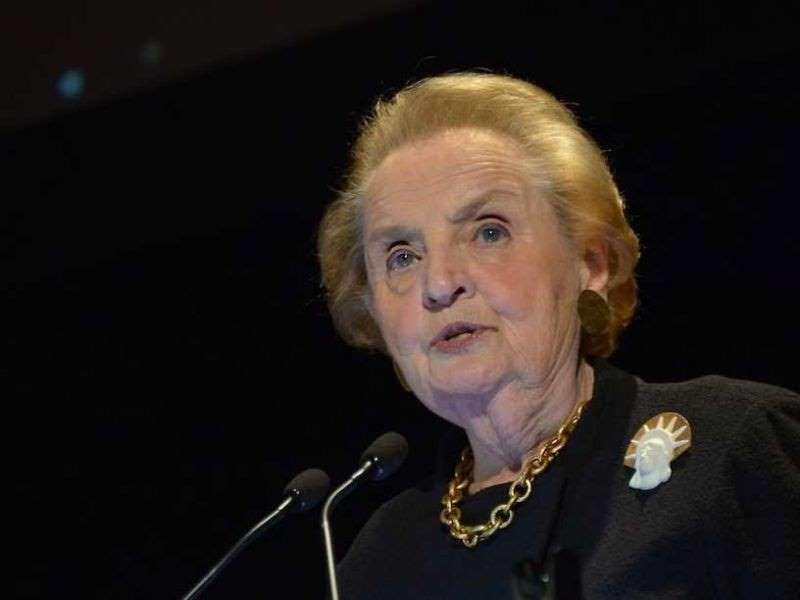 Albright became the first female secretary of state, serving under President Bill Clinton. She made it into the US as a political refugee from Czechoslovakia, since her anti-Soviet family was in danger from her country’s communist party, according to Bio.

She got her first job selling bras at a department store in Denver, she tells Forbes, and adds that she probably made next to nothing but learned how to deal with people in difficult situations. 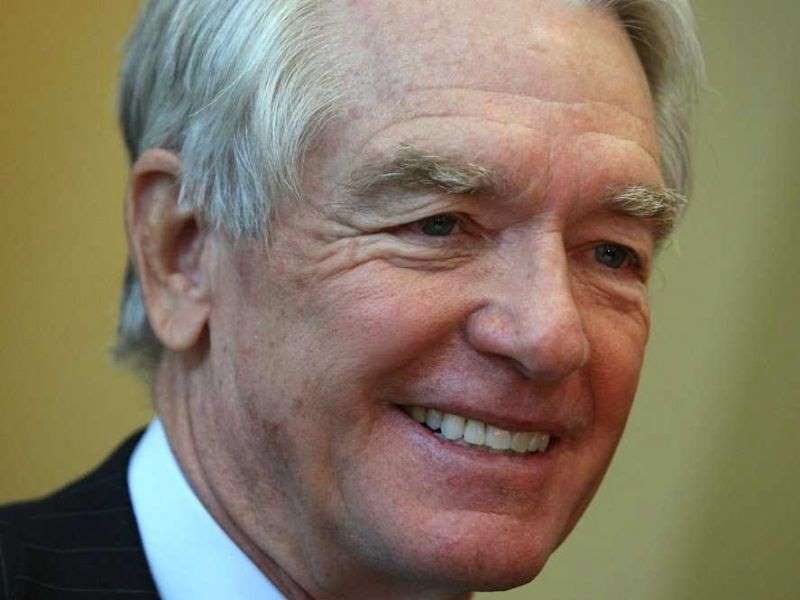 Schwab founded the Charles Schwab Corporation, a brokerage and banking firm, and is today worth about $6 billion, according to Forbes. He tells Stanford’s alumni magazine that he had the entrepreneurial spirit from a young age.

Schwab grew up in an upper-middle-class family in Sacramento, California, but wanted to make his own money. As a kid, he bagged and sold walnuts and raised chickens in his backyard, selling some and using others for eggs to sell.