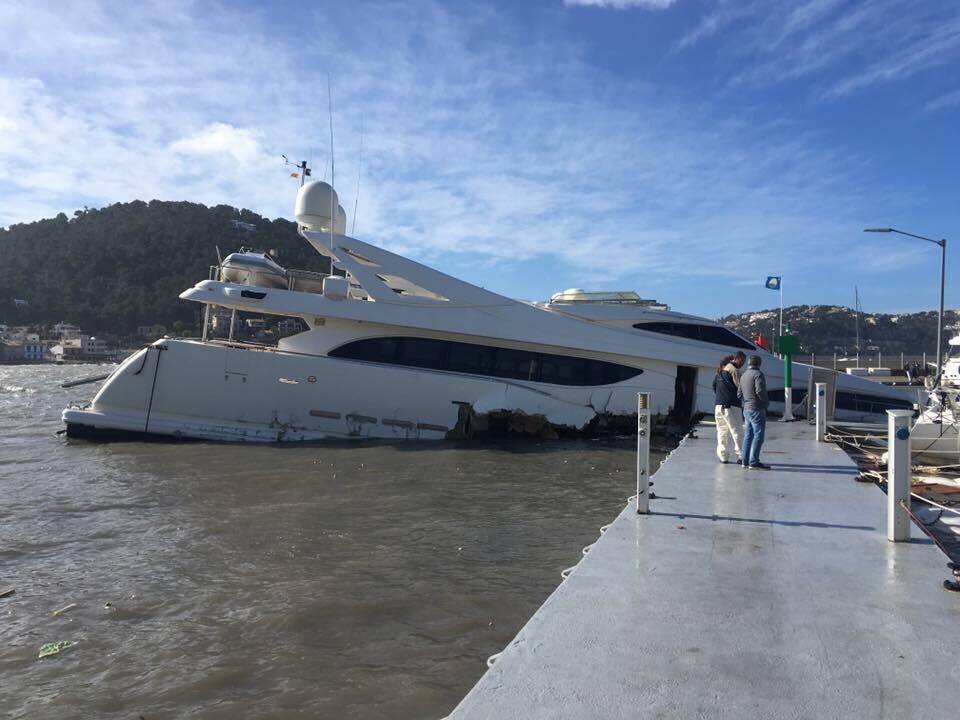 The incident is believed to have occurred earlier this morning in the marina. According to local publication, Diario De Mallorca, the damage to the hull was caused by strong winds that led to a line breaking and hitting the yacht against the quay. 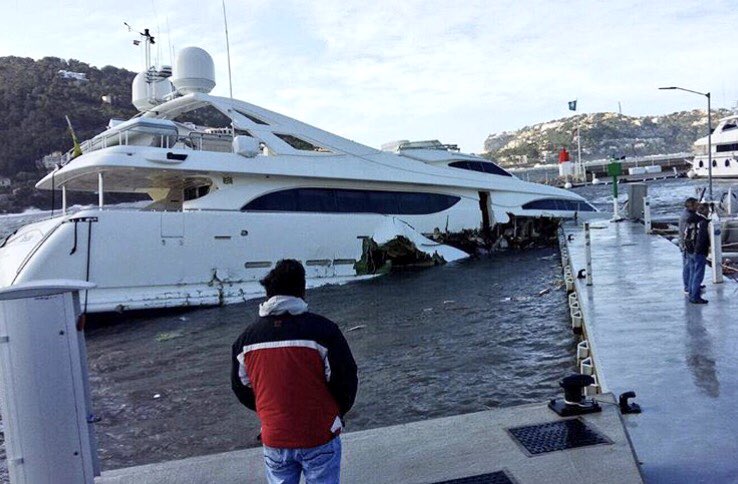 Built in 2003 by Ferretti Group’s Custom Line division, Paradise had a composite hull and superstructure. Powered by twin MTU engines of 2775hp each, she had a beam of 7.08 meters. Paradise was up for sale asking 3,400,000 Euros. 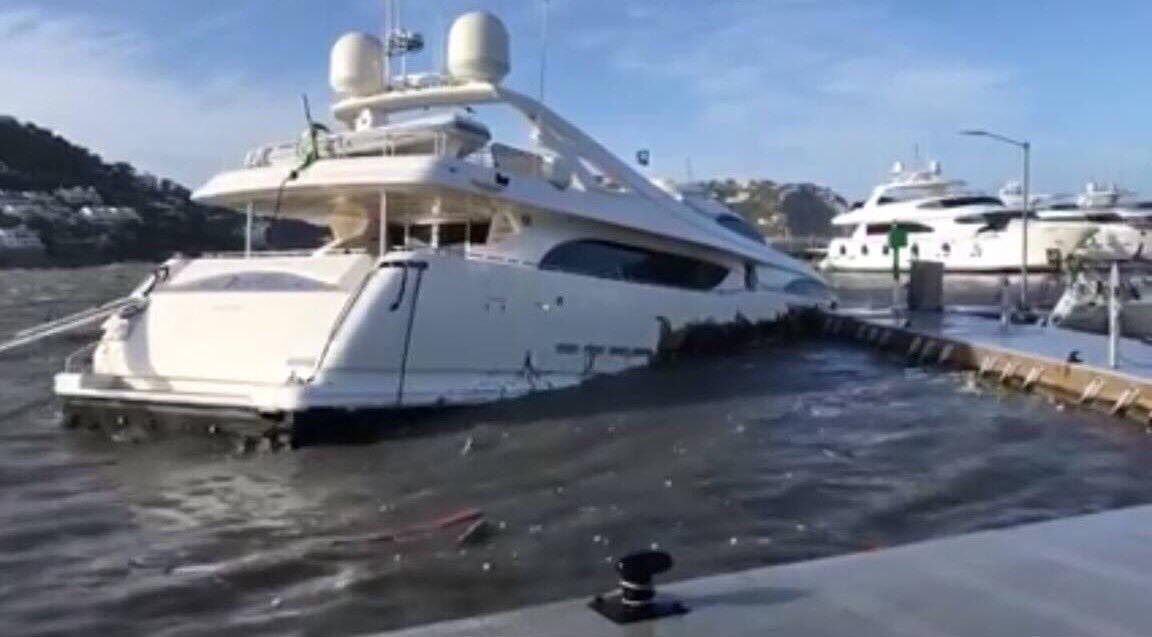 According to footage taken a few hours ago, the yacht was almost fully underwater. 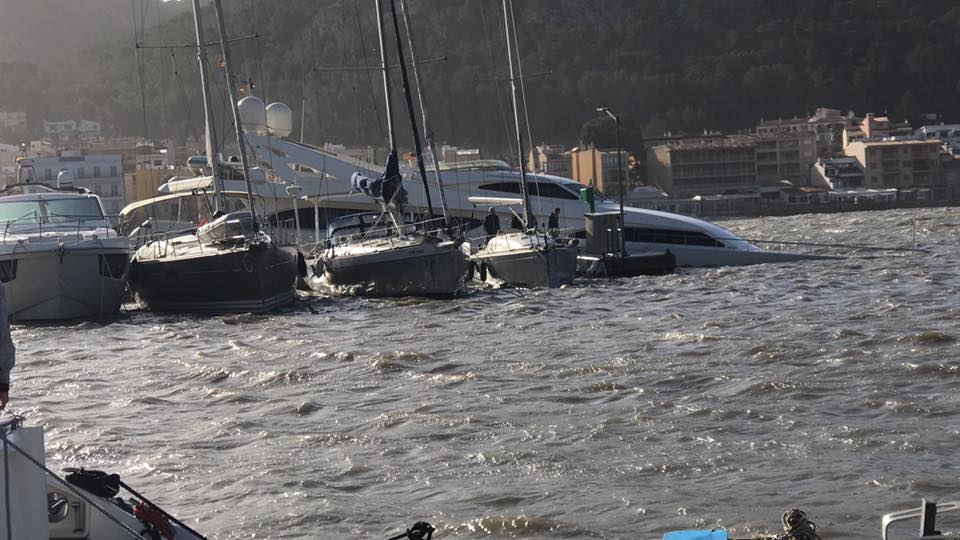 One thought on “34m Yacht Sinks In Mallorca”