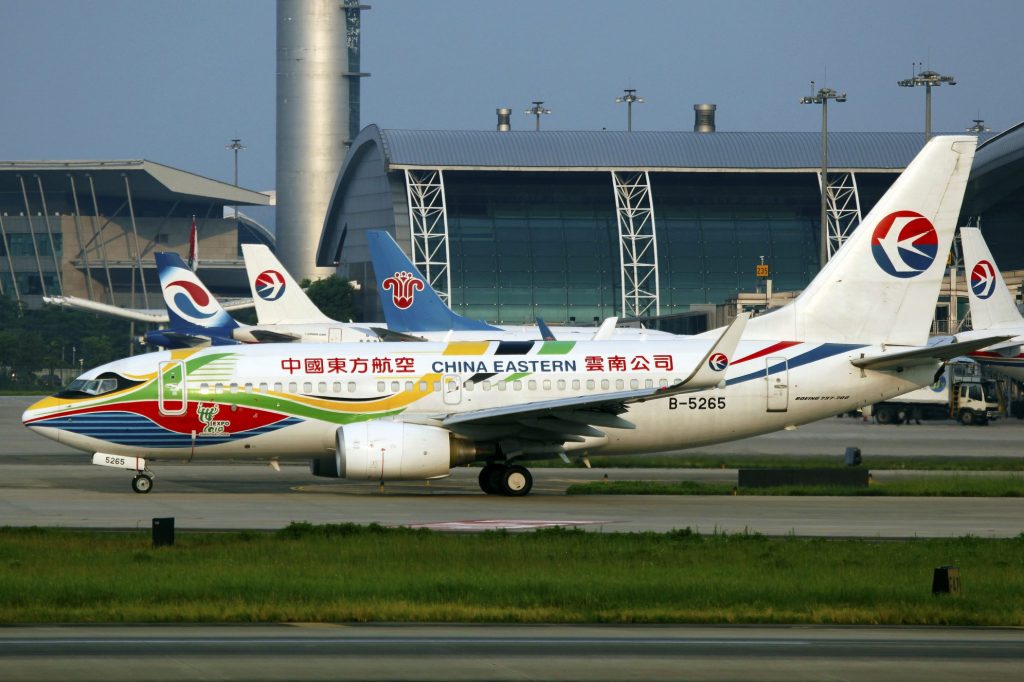 It makes sense that as China’s airline industry expands it will need more pilots. Carriers elsewhere may have to increase what they pay in order to compete.

Chinese airlines need to hire almost 100 pilots a week for the next 20 years to meet skyrocketing travel demand. Facing a shortage of candidates at home, carriers are dangling lucrative pay packages at foreigners with cockpit experience.

Giacomo Palombo, a former United Airlines pilot, said he’s being bombarded every week with offers to fly Airbus A320s in China. Regional carrier Qingdao Airlines promises as much as $318,000 a year. Sichuan Airlines, which flies to Canada and Australia, is pitching $302,000. Both airlines say they’ll also cover his income tax bill in China.

“When the time to go back to flying comes, I’ll definitely have the Chinese airlines on my radar,” said Palombo, 32, now an Atlanta-based consultant for McKinsey & Co. who said he was speaking in his personal capacity and not his employer’s. “The financials are attractive.”

Air traffic over China is set to almost quadruple in the next two decades, making it the world’s busiest market, according to Airbus Group SE. Startup carriers barely known abroad are paying about 50 percent more than what some senior captains earn at Delta Air Lines, and they’re giving recruiters from the U.S. to New Zealand free rein to fill their captains’ chairs.

With some offers reaching $26,000 a month in net pay, pilots from emerging markets including Brazil and Russia can quadruple their salaries in China, said Dave Ross, Las Vegas-based president of Wasinc International. Wasinc is recruiting for more than a dozen mainland carriers, including Chengdu Airlines, Qingdao Airlines and Ruili Airlines.

Spokesmen for Qingdao and Sichuan declined to comment. A Chengdu Airlines spokesman didn’t reply to faxed questions sent at his request.

Recruits preferring to live outside China earn a bit less but are offered free flights home to visit family members. Also on the negotiating table: signing bonuses, overtime pay and contract-completion payouts. Earlier this year, Ross saw the monthly paycheck of a pilot he placed at Beijing Capital Airlines: $80,000.

“I looked at that and thought, ‘Man, I’m in the wrong line of business,’” Ross said from Vienna, where he was interviewing candidates for Chengdu Airlines. “They can live like a king.”

By comparison, the average annual salary for senior pilots at major U.S. airlines such as Delta is $209,000, according to KitDarby.com Aviation Consulting. Some U.S. regional airlines pay $25,000 or less, according to the Air Line Pilots Association, representing more than 52,000 pilots in the U.S. and Canada.

Aviation is booming in China, where the number of airlines has increased 28 percent to 55 in the past five years. The fleet has more than tripled in a decade to 2,650, according to the Civil Aviation Industry Statistics Report.

The growing ranks of low-cost airlines favor single-aisle jets such as the A320, which can seat about 180 people. With passenger numbers in China increasing 11 percent last year, carriers are scheduling more flights to handle demand. And that requires more captains.

Offering a fat paycheck is the only option for the newest carriers because they have minimal brand recognition and a limited performance record, said Liz Loveridge, who’s responsible for China recruitment at Rishworth Aviation in Auckland. Chinese airlines are paying as much as five times more than some Asia rivals for new hires, she said.

“They can’t attract people through any other means,” Loveridge said. “They think money’s the only answer.’’

The lucrative packages go some way toward compensating recruits for one of their biggest headaches — government bureaucracy. It might take two years for a pilot to start work in China after applying for a job, she said.

“It’s the documentation, the work permits, the immigration, the medicals,” she said. “They say they want pilots, but there aren’t the resources.’’

About 30,000 pilots fly for Air China, China Eastern Airlines and dozens of competitors, while about 2,200 foreign pilots have transport licenses, according to the government’s Annual Report of Chinese Pilot Development. South Korea, the U.S. and Mexico contribute the most expatriates, and there’s also a lone Zimbabwean aviator.

Foreigners willing to captain a Boeing 737 for Urumqi Airlines can earn $21,333 a month, according to recruiter VOR Holdings. They would be based in Urumqi, a western outpost bracketed by Mongolia and Kazakhstan.

“There aren’t a lot of expat pilots who really want to go to China,” said Richard Laig, Manila-based partner for the Asia-Pacific region at consultancy Mango Aviation Partners Ltd. “There are places that are more comfortable.”

The imported aviators may do more than just chip away at a pilot shortage — they can bring decades of experience to the flight deck. The Asia-Pacific region’s accident rate — not just crashes but incidents such as landing gear malfunctions — has increased since 2011, according to the International Air Transport Association.

That safety record also is worse than the global one. In Asia-Pacific, there were 3.2 accidents per million flights last year, compared with a worldwide rate of 1.8 per million. The Bloomberg Asia Pacific Airlines Index has declined about 10 percent this year.

“Some of the airlines see some value in having a Western accent in the cockpit,” Loveridge said. “They’ve got experience.”

That’s likely to become an even more expensive commodity in China’s skies. Airlines and leasing companies announced orders last year for 780 planes valued at about $102 billion. Chinese airlines will need 6,330 new planes — worth $950 billion — in the next two decades, according to Boeing Co.

That influx of aircraft means carriers like Chengdu can’t be fussy about where they hire. Airline officials gave Ross, the recruiter at Wasinc, the OK to hire in bulk wherever he could.