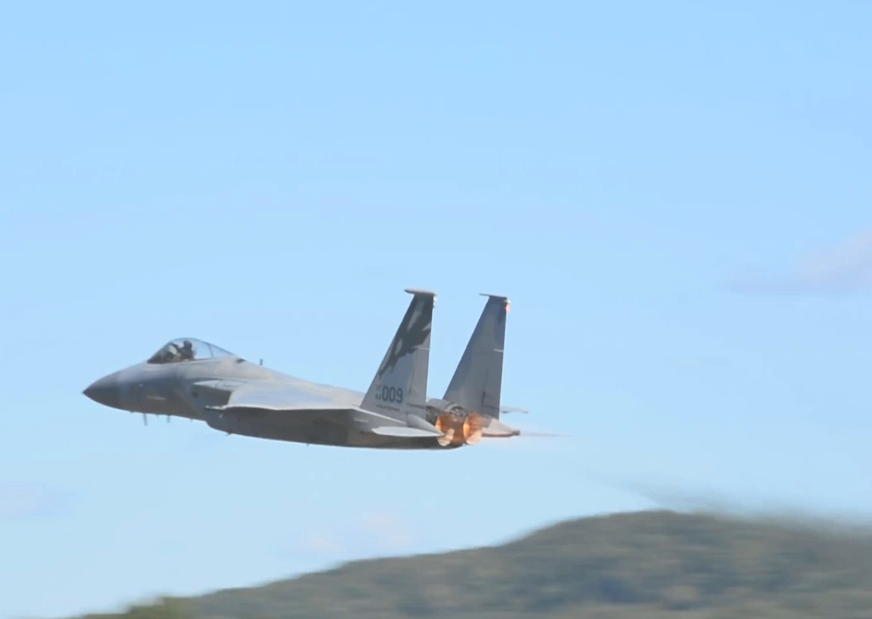 The F-15 Eagle is a jet that displays many amazing talents over the course of its 40-year service. Among those talents is its ability to climb vertically, which has helped it to become such a reliable dogfighter and scramble into action. The impressive climb time is attributed to a research team at Pratt & Whitney who wanted to make the best combat jet in the world.

“When we think of our current customers, they operate in some of the most dangerous areas of the world. Records are great, but the key is that our F100 engine helps defend freedom all around the world, every day. That’s what’s really important.”

A pair of F-15Cs got to show off their climbing abilities while taking off from Westfield-Barnes Regional Airport. These jets from the 144th Fighter Wing make gaining altitude look so easy in such a short amount of time. This killer video from Cody Lastowski captures the sheer power of these fights and they go straight up into the sky after a short takeoff.

One thought on “F-15 Quick Takeoff And Insane Vertical Climb!”