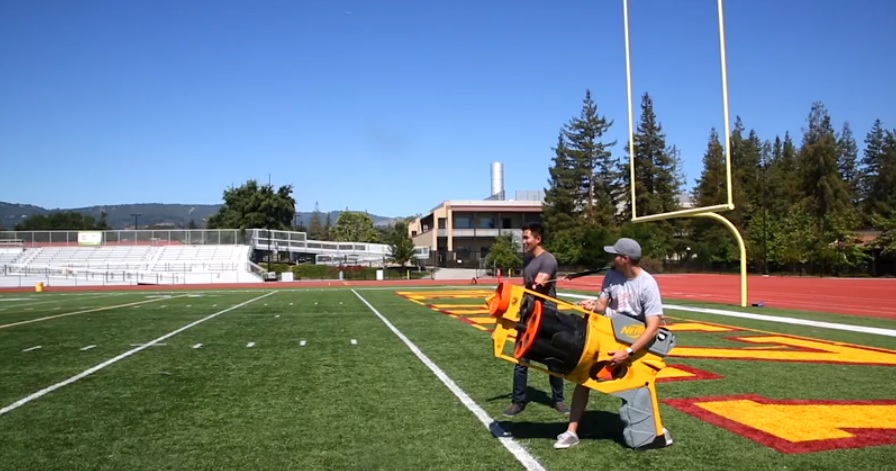 You know what our childhood NERF battles were missing?

Everyone either had a “machine gun” or pistol, and ran around like chickens getting shot in the eyes too often. Where were the siege engines?

Your friends wouldn’t be able to gang up on you if you were flanked by giant NERF cannons or ballistas.

Enter an engineer with a grudge…. 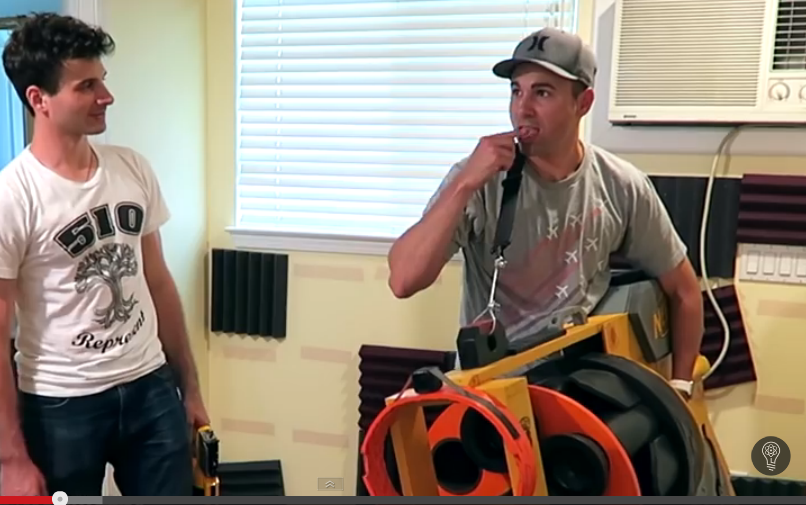 It’s a giant recreation of a classic NERF pistol that is powered by a 3,000-pounds-per-square-inch paint ball canister.

But because using all that air pressure for a single shot would shoot more than your eye out, kid-Rober shoots through a pane of glass with it-the gun is limited to multiple 80-PSI shots.

Still, Rober’s ginormous weapon is able to launch pool noodles with plunger tops at around 40 mph (64 kph) and render them stuck to targets.

When Rober changes the projectile size and shape, however, the NERF monstrosity can engage in squishy warfare from over a football field away.

But for battling his nieces and nephews, plungers and foam it is. I’d like to see a plunger perfectly launched to stick on a child’s head, but that sounds… dangerous?

What do you think? Would Rober’s weapon be useful in an all-out NERF war?

What other childhood toy deserves the embiggening treatment?