New polling shows 15% of Bernie Sanders fans are actually Trump supporters. Here’s how we deal with it.

If you’ve been following the “Bernie Sanders movement” closely, you’ve known since 2015 that there are two entirely distinct groups of Bernie supporters. New polling from ABC News proves this, as it reveals that 15% of self-identified Bernie fans now plan to vote for Donald Trump over Joe Biden in November. This isn’t a surprise. But it’s something we must deal with. 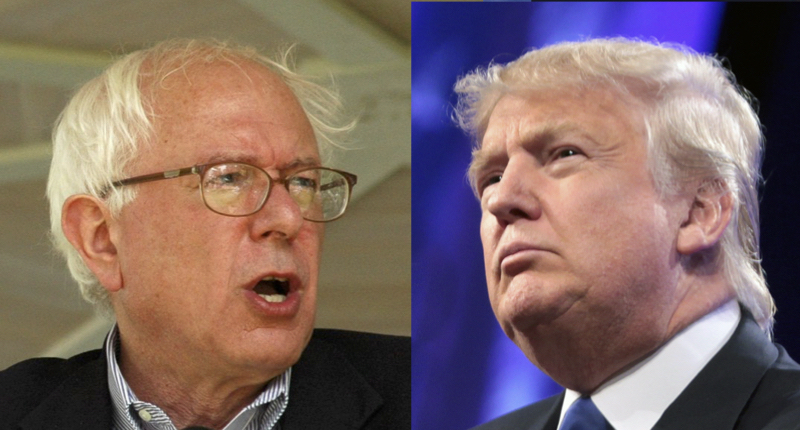 Most Bernie Sanders support his movement because they believe in liberal and progressive policies, and they don’t realize that the magical promises he makes are far too simplistic to ever happen in the way he’s talking about implementing them. Could a smarter, savvier, more honest politician make Bernie’s ideas happen? Sure, but it would happen it a far more complicated, messy, and less perfect form – because that’s how politics works. If Bernie were President, he would get literally zero of his agenda accomplished, because he’s the most clueless politician in modern American history when it comes to how things actually work. It’s almost painful to watch someone who’s still so utterly clueless about politics, after forty years in office.

Unfortunately, because most Bernie fans are new to politics and therefore don’t know how anything in politics actually works, they’ve always been vulnerable to Bernie’s other supporters. From literally day one, the ringleaders of the Bernie Sanders movement have consisted of burn-it-all-down anarchists and right wingers in disguise who were merely trying to prop Bernie up in the name of harming Hillary Clinton. Now these frauds are using the same tactics to try to harm Joe Biden. And while 85% of Bernie fans are decent well-intentioned people, most of them don’t realize they’ve been sucked into an essentially alt-right operation that has literally nothing to do with any of the progressive ideals that Bernie talks about.

Bernie Sanders, for his part, has never seemed to care that the leaders of his own movement are non-progressives who couldn’t care less about his ideas. These anarchists and alt-right types built him up to begin with, so he surely feels he needs them in order to remain relevant. He’s wrong, of course. If he’d chased the frauds and thugs out of his movement a long time ago, he might have actually had a shot at the nomination. But he either doesn’t understand the trouble he’s caused for himself by consorting with the enemies of everything he claims to hold dear, or he doesn’t care.

I’ve got news for you: those 15% of Bernie fans were never going to vote for Bernie even if he was the nominee. They didn’t even turn out and vote for him in the primary. Because these are the anarchists and alt-right types who never saw Bernie as anything more than an opportunity to divide the left against itself. The question is what we do about the other 85% of Bernie supporters, who can be steered toward voting for Biden.

First, we have to separate them from the bad seeds in their own movement. It helps to point to Bernie fans that many of the “Bernie 2016” ringleaders ended up voting for Donald Trump or Jill Stein, even after Bernie asked them to vote for Hillary Clinton, because they never cared about Bernie to begin with. These folks are not in the “movement” they think they’re in, and we need to make them understand why they must remove themselves from the toxic cult they’ve been unwittingly dragged into.

Second, we have to help them understand how things actually work in the adult political world. These 85% of Bernie supporters are political newbies who actually believe that he can magically implement the things he promises, without having to figure out how to get it passed, or how to pay for it, or how to implement it, simply by stomping his feet. We must educate them on what’s actually involved in passing legislation, what’s real and what’s fantasy.

Bernie Sanders has poisoned even his most reasonable supporters with his false promises, and his insistence that any politician who isn’t making similar magical promises must be part of the evil “establishment.” But they can be brought back from the brink. We’re in the midst of a deadly pandemic, caused entirely by Donald Trump’s incompetence and psychopathy, and voting for Joe Biden is literarily the only way to stop Trump’s murder spree.

Bernie Sanders, thanks to his lethal combination of arrogance and cluelessness, has made Donald Trump’s downfall twice as hard as it needs to be. But we can still pull this off. These 15% of “Bernie fans” were never, ever going to vote for the Democratic nominee. Let it go. Forget them. Focus on the 85% of Bernie fans who can be saved from this faux-progressive dumpster fire and brought into political reality. They’re the ones whose votes we need.